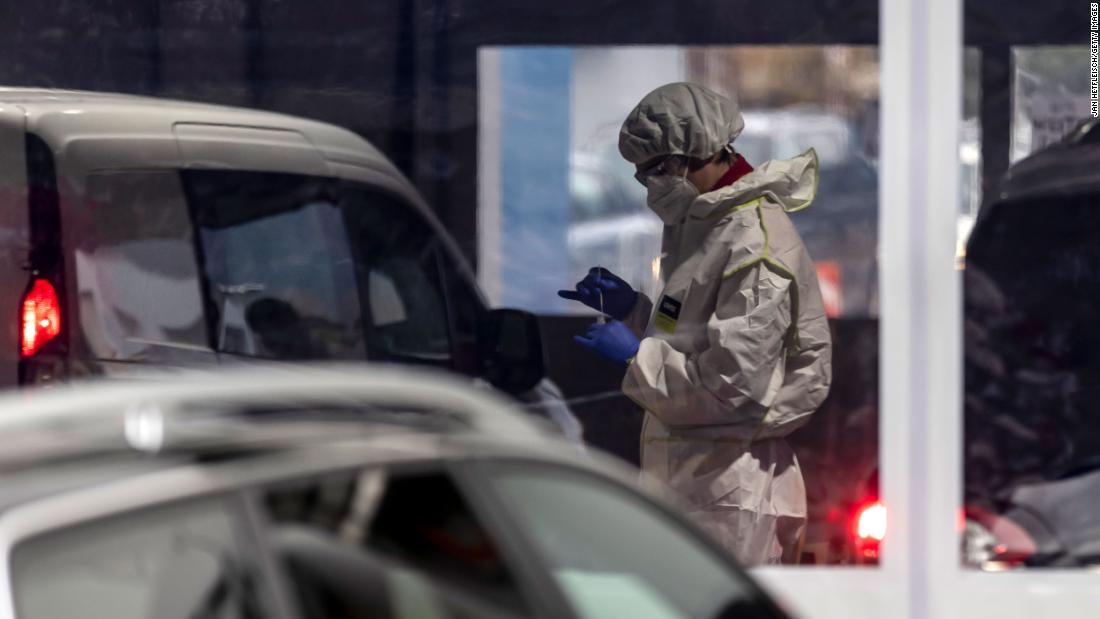 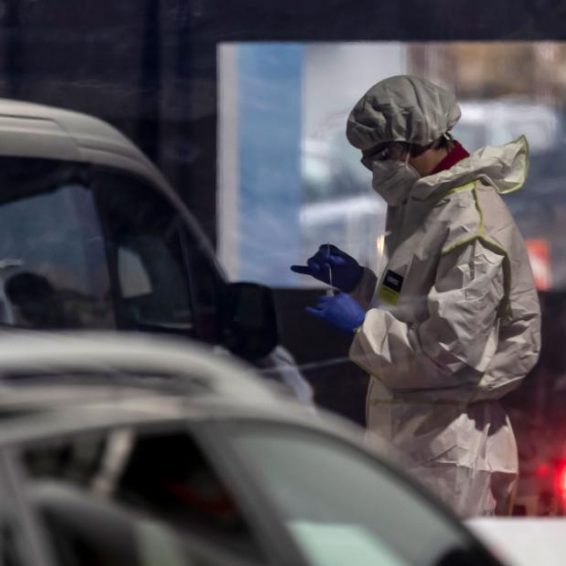 Austria is going back into a national lockdown

2 months ago·4 min read
ShareTweetPinShare
Home
World News
Austria is going back into a national lockdown
The content originally appeared on: CNN
Schallenberg said his government would look to impose the national vaccine requirement from February 1. Just under 66% of Austria’s total population is fully vaccinated against Covid-19, one of the lower rates in the European Union, where cases are surging.
The national lockdown — the first in Europe this fall — starts Monday and will last for 10 days minimum, and could be extended for a further 10 days, Schallenberg told reporters at a news conference in Vienna.
“We don’t want a fifth wave. We don’t want a sixth and seventh wave. We don’t want to have this discussion next summer,” Schallenberg said.
The move comes only days after Austria took the step, unprecedented in Europe, of imposing lockdown measures for all those age 12 and older who are not fully vaccinated against Covid-19.
Read More
Under those measures, which came into force on November 15, the unvaccinated were ordered to stay at home except for a few limited reasons, with the rules policed by officers carrying out spot checks on those who were out and about.
Vaccinations are currently recommended for everyone aged 12 and above in Austria. On Monday, a pilot scheme to vaccinate children aged five to 11 got under way in Vienna, the national capital.
Austria to impose Covid lockdown for the unvaccinated age 12 and older
Asked by CNN from what age the mandatory vaccination order would apply, the Austrian Chancellory said: “Details are still to come, from what age and when you are considered fully vaccinated.”
Austrian Health Minister Wolfgang Muckstein said Friday that schools and kindergartens would remain open during the upcoming national lockdown.
But Schallenberg said it was possible for parents to take their children out of school if they so wished. “This is always a challenge, for every family,” he said. During the first Austrian lockdown, schools and kindergartens were closed.
Muckstein also urged the wearing of FFP2 masks in all enclosed spaces and said employees could request the option of working from home where possible.
Once the national lockdown is lifted, lockdown measures will remain in place for unvaccinated Austrians, Muckstein said, adding that everything needed to be done to avoid a “fifth wave.”
Schallenberg had harsh words for anti-vaccination activists as he addressed the news conference Friday, saying they had acted irresponsibly.
“We have too many political forces in this country that are fighting against this [vaccination] vehemently, massively and publicly. That is irresponsible. This is actually an attack on our health care system,” he said.
“And incited by these radical opponents of vaccination, by specious fake news, unfortunately too many of us have not been vaccinated. The consequence is overcrowded intensive care units and enormous human suffering.”
Once it goes into effect in February, Austria’s Covid-19 vaccination mandate will be the most stringent measure to control the coronavirus through vaccination yet seen in Europe.
In Italy, all workers are required to have a “green pass” — a health certificate that shows proof of either full vaccination, recent recovery from infection or a negative test within the previous 48 hours — or risk a fine and suspension without pay. People must also show their “green pass” to enter public places like theaters and cinemas.
However, only health care workers are required to be vaccinated.
Italy’s government has credited the “green pass” strategy with boosting vaccination rates.
Germany’s Covid cases hit record high with Merkel warning of ‘dramatic’ situation
Neighboring Germany also announced plans Thursday to introduce targeted Covid-19 restrictions on the unvaccinated in order to tackle record levels of infections amid its fourth wave of the pandemic.
Outgoing Chancellor Angela Merkel described the country’s Covid-19 situation as ”dramatic” and ”very worrying” at a news conference Thursday, following a meeting with Germany’s 16 federal state leaders on stricter Covid-19 measures.
Merkel warned that intensive care unit beds were filling up much too quickly, adding it was ”high time to take action.”
Speaking Friday at a news conference in Berlin, acting Health Minister Jens Spahn described Germany as being “in a national emergency,” adding “we will not break this wave with vaccinations alone.”
Asked about the possibility of a lockdown for everyone, Spahn told reporters ”we are in a situation where we cannot rule anything out.”
Lothar Wieler, head of Germany’s disease and control center, the Robert Koch Institute (RKI), told reporters the country had never seen such high rates of infection as now in the whole of the pandemic.
For a twelfth day in a row, Germany has reported record new Covid-19 cases. The RKI on Friday reported 52,970 new cases within the past 24 hours. More than 98,000 people have died as a result of coronavirus in Germany, according to RKI data.
The country’s current daily death rate stands between 200 and 300, Wieler said. However, due to Germany’s record level of infections over the past 12 days, “the death rate is likely to increase over the coming days,” he said.
France is also experiencing a rise in Covid-19 infection rates, but French President Emmanuel Macron has said a lockdown of the unvaccinated is “not necessary” given the country’s Covid-19 strategy.
“The countries who are locking down the unvaccinated are those who don’t have the ‘health pass’ in place,” Macron said, in an interview with French newspaper La Voix du Nord published late Thursday.
France’s “health pass” confirms the bearer’s vaccination status or proof of a negative Covid test and has governed access to a wide variety of establishments in France since its introduction in July.
Ireland, which has one of Europe’s highest vaccination rates, with 89.1% of people over the age of 12 having been immunized, imposed a midnight curfew on bars, restaurants and nightclubs from Thursday as the country faces a fresh wave of Covid-19 infections.