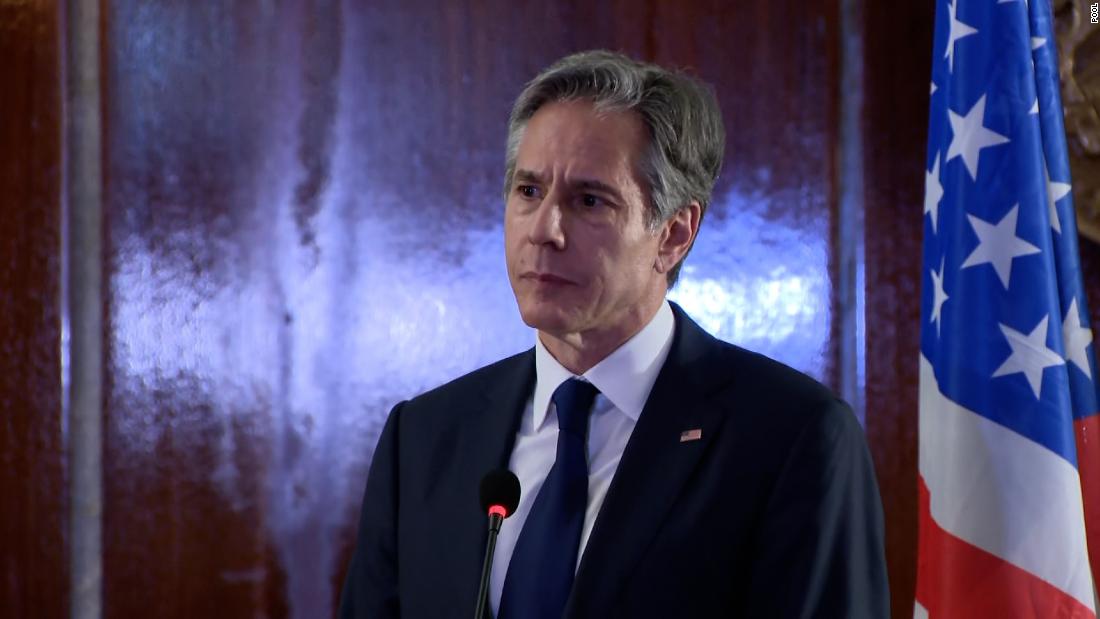 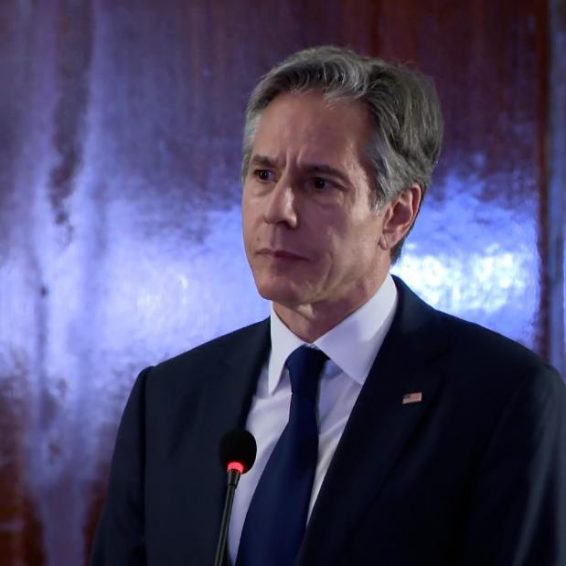 Blinken warns war-torn Ethiopia is on ‘path to destruction,’ calls on Abiy to step up to end conflict

2 weeks ago·3 min read
ShareTweetPinShare
Home
World News
Blinken warns war-torn Ethiopia is on ‘path to destruction,’ calls on Abiy to step up to end conflict
The content originally appeared on: CNN
Speaking to CNN in Abuja, Nigeria on the sidelines of his tour through Africa, Blinken said “it is imperative that the fighting stops, and the talking starts” and reiterated his call for a long-term ceasefire to enable humanitarian assistance.
“This has to happen as soon as possible — with every passing day, what we’re seeing is an increase in communal tensions that really risk ripping the country apart and spilling into other countries in the region,” he said.
Blinken urged Ethiopian Prime Minister Abiy Ahmed to bring the warring sides together and work to “end the violence,” adding: “That’s his responsibility as the leader of the country.”
“There’s no military solution to the challenges in Ethiopia,” he said. “That’s a path to destruction for the country, and misery for the people of Ethiopia who deserve a lot better.”
Read More
Ethiopia’s war is echoing on the streets of Washington
The Biden administration last week sanctioned Eritrea’s military and its sole political party for their involvement in the ongoing crisis in northern Ethiopia, with Blinken expressing concern about “the potential for Ethiopia to implode.”
But the measures did not target any individuals or organizations directly associated with the Ethiopian government nor the Tigray People’s Liberation Front (TPLF), the former ruling party of Tigray, the two main parties to the conflict.
In November 2020, Abiy ordered a military offensive in Tigray to oust the TPLF. The fighting has left thousands dead, displaced more than 2 million people, and given rise to a wave of atrocities that bear the hallmarks of genocide.
A joint report released by the Office of UN Commissioner for Human Rights and the Ethiopian Human Rights Commission earlier this month found that all parties involved in the conflict had “committed violations of international human rights, humanitarian and refugee law, some of which may amount to war crimes and crimes against humanity.”

Blinken spoke to CNN during his first official visit as Secretary of State to sub-Saharan Africa, as the US seeks to throw its diplomatic weight behind efforts to resolve conflicts on the continent and boost its reputation as a partner to African governments.
He began the tour in Kenya on Wednesday and will visit Senegal next.
But intractable tensions in Ethiopia and Nigeria have formed a large segment of his agenda, and Blinken expressed his concerns about human rights abuses following the killing of unarmed protesters at Lekki Toll Gate in Lagos, Nigeria’s economic capital, in 2020.
A much delayed and anticipated report from a Nigerian judicial panel of inquiry concluded on Monday that the shooting was a “massacre” at the hands of the military that the government attempted to cover up.
Blinken called for action once the panel’s report has been officially released. “There may be reforms that are necessary” to ensure a similar event is not repeated, he said.
“If there are individuals that, as it emerges from this report, are responsible for committing abuses, there has to be accountability in terms of those individuals,” he told CNN.
In October 2020, Nigerian forces opened fire on peaceful protesters the Lekki toll gate in Lagos. At the time, a CNN investigation into what happened found that the Nigerian army had fired live rounds into the crowd, killing and wounding several people.
The shooting quashed Nigeria’s fledgling youth protest movement against the police unit known as the Special Anti-Robbery Squad (SARS), but despite scores of videos shot by protesters, which showed the shooting, as well as the dead and wounded, the Nigerian government has consistently denied that a shooting even took place.
Nigerian judicial panel condemns 2020 Lekki toll gate shooting as ‘a massacre’
Pressed on whether the US would continue to provide arms to Nigeria, Blinken cited the Leahy Law which prohibits American military sales to regimes that violate human rights.
“If there are units that have committed abuses, we’re not going to provide equipment to those units,” the top American diplomat said.
“We look in any instance, and if there are credible allegations that prove out, that we believe meet the standard of the law, yes of course we’ll apply the law.”
Blinken’s maiden tour of Africa forms part of his self-declared mission to rebuild American relationships with the international community after the Trump administration severed many of those links.
He told CNN: “We’ve done that, and we’ve done that with not only tremendous energy, but I would argue with real success,” citing the US’ re-joining of the Paris Climate Agreement and its improved relations with the United Nations and the World Health Organization.
But he conceded that the State Department was “learning the lessons” stemming from United States’ chaotic withdrawal from Afghanistan after a two-decade war.
He defended President Joe Biden’s decision to end US involvement in that conflict, a move that was rapidly followed by Afghanistan falling back to the Taliban.
“There are always questions about how you do things,” he added. “Can you do them more effectively?”