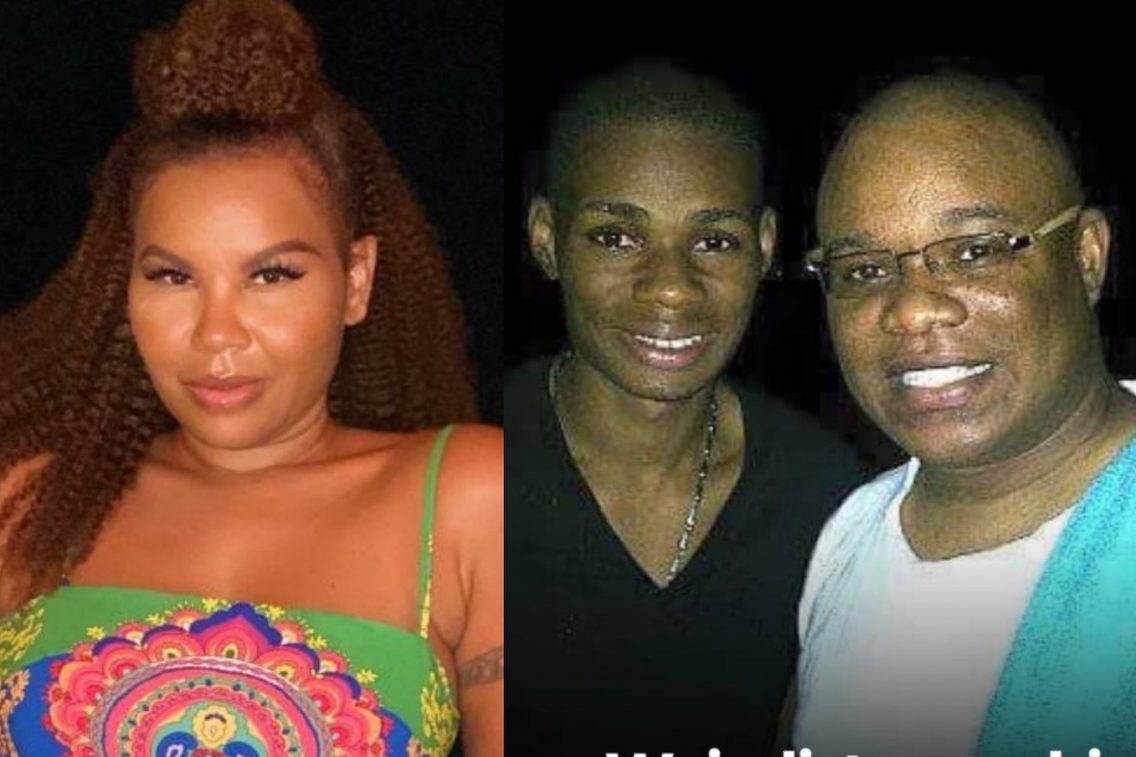 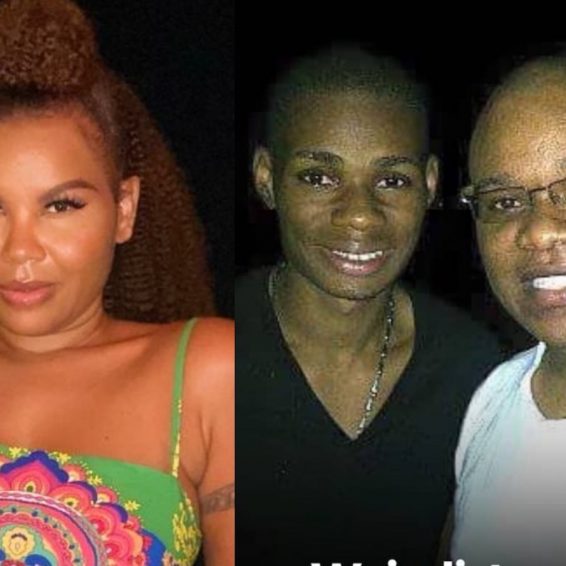 The dancehall artist took to social media late on Tuesday night to distance herself and her baby father, Christopher Martin, after photos were circulated showing Martin shaking the hand of the cult leader in Montego Bay.

The alleged cult pastor of the Pathways International Kingdom Restoration Ministries in Montego Bay, Kevin O Smith, has been arrested and held by police as they investigate the “Church,” which has been in operation for over 11 years. So far, there have been several efforts by people connected to him raising funds for his bail and legal fees.

While news of the murders spread quickly across Jamaica and many were curious why the “church-goers” were all naked but wrapped in white sheets, some have been digging up information about the cult leader, including his connections to powerful people in Jamaica.

A photo has been circulating with several high-profile people, including former Prime Minister Portia Simpson-Miller, former People’s National Party government ministers, and a few entertainers and athletes. There’s also a photo being circulated with Smith and Sean Paul. It’s very well likely that entertainers, not knowing what he has been doing at his church, take photos with him on different occasions.

Among them are Chris Martin and Ce’Cile, who social media users are claiming are affiliated with the cult after an old photo surfaced showing Martin shaking the hand of Kevin Smith.

Ce’Cile, in a now-deleted Instagram post, admitted that she knew the cult leader she met sometime back and introduced Chris Martin to as well. She said she was asked to perform at a function hosted by the cult leader.

“Me know dis dutty man too. Ppl tagging me in this pic. I brought Chris with me to Jamaica Conference Centre WHERE I performed FREE FOR this Demon WHO I THOUGHT WAS A MAN OF GOD. This is that! As u can see a year’s ago dis. At least 10 years ago. CHRIS DON’T EVEN KNO DIS MAN. Think I met the Demon on a plane and he told me he was the YOUNGEST ORDAINED MINISTER IN THE CARIBBEAN AND ME LIKE FOOL THOUGHT THAT WAS AWESOME and exchanged numbers like I do many pastors.”

Ce’Cile is not a gospel artist, and neither does she have a gospel single, but she did not say more about the event she referenced or whether it was not a religious event held.

However, she went on to say that after several conversations with Smith, she started suspecting there was more to him than what was normal for true Christian leaders.

“The man had pics with bare important people. (yes he showed me) told me he was a prophet (called himself Excellency) said he had good things to tell me but it never got to that cause I hated everytime he said I had to PAY. A so me stop answer the man cause he was always saying to tell me things from God I needed to pay tides or tithes and me nah pay none.”

She also said that she did not keep in touch with the cult pastor, although later, as the news came out about the human sacrifice, she realized she was following him on Facebook.

“I FOUND out it was this same man when my friend @sherellrowe called lastnight and mentioned I was following this murderer on FB. I didn’t even remember me did a follow da bredda yah caz m no chat to him in bout 10/11 years. Never even know him de a Jamaica. Me deeven a unfollow him enu. I felt he was off maybe a scammer but never in a million years did me expect sitting like dis.”

Athlete Warren Weir also distance himself from Smith as a photo of him with the alleged cult leader make the rounds on social media.

“Athletes are often asked for photos,” Weir tweeted on Wednesday (October 20). “It’s a courtesy most athletes and entertainers extend without knowing anything about the people we take these photos with. Please note I neither knew nor have ever associated with the “pastor” in that photo currently circulating.

The Observer newspaper also shared the story along with the controversial photo. Weir has since harshly respond asking the paper to remove the image.

“Take me off a Unno bombo—t page cuz me sure there was no more need for a picture taken innocently to be still be going around before Unno focus on the man wrong doing Unno a bombo—t bring man inna this. TAKE ME OFF UNNO PAGE,” Weir commented

According to reports, Smith had previously resided in Canada but fled that country after it was alleged that he molested a young boy. There have been similar rumors in Montego Bay that he has molested little boys attending the church and even had young boys living with him at home.

On Tuesday, the police said that 14 children living at the church had been relocated into state care. It’s unclear where the children are from or whether they were left there by their parents, who are members of the cult.

Ce’Cile warned that there are many people like Smith who are walking and mingling with normal people. She also apologized to Chris Martin for making him meet the cult pastor.

“I guess this goes to show HOW DI WOLF DEM INNA SHEEP CLOTHING DE RIGHT SIDE A WE. U DUTTY FALSE PROPHET MAN…a nuff more Demon we know and rapist and pedophiles and tef. Right side a we. Some a oonu right on IG a Demon too. SORRY Ya @chrismartin. A me make u meet da dutty bredda yah but no we one…”

Meanwhile, GoFundMe on Wednesday canceled a fundraiser hosted by a Fort Lauderdale man in an effort to raise U$30,000 to help free Smith.

Cops are still piecing together details about Monday night’s incident, but accounts by church members who were there when two people, a man, and a woman, were killed after their throats were slashed suggest that more people were could’ve been killed.

One woman said they were told prior to the incident that they were there to go on the “Ark” because there was “a flood” coming- a biblical reference to Noah and the Ark.

The reference might have been made regarding the speculations that Jamaica will impose a mandatory vaccination policy.

The woman who spoke to journalists said that the first woman who was killed was asked if she was vaccinated, and when she replied in the affirmative, she was told she had to be “cleansed,” and her throat was slashed by one of the cult leaders “lieutenant”.

As she was the next victim up, the woman said she urinated herself with fright but collected herself quickly enough so she could have run and jumped a fence and run to a neighbor for help.

The incident she described was one where there were “the chosen” and the ones who had to be “cleansed.” However, she said they were not told what being cleansed meant. But instead, they were told to show up in white sheets and to leave their phones at home wrapped in aluminum foil.

There were also cows, goats, and sheep at the church, where members were supposedly asked to slaughter the animals.

The police have since been asked to investigate the “church” and dig up the compound and surrounding lands to see if there were prior victims in similar incidents.

In the meantime, National Security Minister Horace Chang warned that people of certain influence should be monitored more closely to ensure Monday’s incident is not repeated.

In another curious coincidence, the same community where the Pathways church was located also houses another alleged cult church which was in the news recently where police had to rescue children who were allegedly abused at the location.