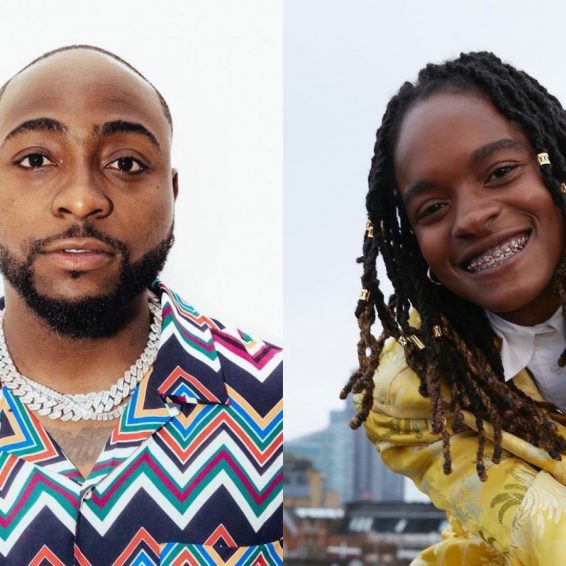 Davido Reacts To Koffee Praising His Artistry, Says He’s Ready For A Collab

Davido ready to go in the studio with Koffee after getting praised by the Grammy-winning dancehall sensation.

In the second episode of 1Xtra’s Influence with Koffee, the Grammy-Award-winning songstress delved into her love of afrobeats and shared her love for Nigerian superstar Davido. The show is used as a showcase of the influences on an artist to get a better understanding of their musical appreciation.

According to 1Xtra, the show is geared towards helping fans “Get to know an artist’s musical DNA and their influences, from their own perspective.” In her hour-long session, she played some of Davido’s top hits and also explained why she believed the veteran was such a complete artist.

The “Toast” singer explained that she was enamored with his sound ever since the first time she was introduced to it.

“Ever since hearing him the first time, I’ve loved him. I love how he presents his work,” she continued. The set featured some of his popular tracks, including “Risky” featuring Popcaan, “Fall”, “Activate” featuring StoneBwoy, and “Assurance.”

She went on to say that Davido is not just an artist but the complete package as he is also a musician as well. Koffee added that she believed he was different because he didn’t simply sit and write lyrics but took the time to ensure that his offerings were presented just how he wanted them.

“I love his way of expression and I think he’s consistent. He also experiments a lot so he doesn’t stick to one sound,” she added.

Even though he approaches his music so meticulously, he seems to have the ability to continually churn out the bangers, she added. “Wherever he goes with his direction he always seems to know the hits.”

Afrobeats is on the rise, and she took the time out to applaud the various artists and musicians who have been a part of that as well.

“Davido is a big part of that with songs like ‘Fall’, ‘If’, ‘Fem’, ‘Holy Ground’ just to name a few. He’s definitely been a huge part of the rise of afrobeats and just the recognition worldwide.”

She also took the time out to shout out respect to other players in the genre like Burna Boy and Wizkid. The “Rapture” artists also explained that it was not a stretch for Jamaicans to love African music as many of those on the island naturally gravitate towards African culture.

“Being Jamaican, there’s just a natural thing on our blood that as Jamaicans and as Caribbean people wa just make we love afrobeats, like it just resonates, we don’t even have to try. We always love that kinna stuff.”

That feeling is something that is shared by many black people around the world, and it helps that it is such a beautiful place, she added. For many, Africa is considered the homeland, and so she isn’t surprised by the success of afrobeat at all. That love is also shown in dancehall, which is why both genres have a great relationship.

“The afrobeats artists are also listening to our music and we reciprocate the love so it’s a good relationship both musically and just generally.”

Another factor that is helping the genre’s ascendency is how catchy it is, she continued. This has to do with the beats that the artists and musicians put out regularly, which combine “catchy lyrics” and a beat that a person can “jump to.”

The “Pressure” singer also said she had a lot of respect for Davido’s business acumen as she referred his collab with Nicki Minaj called “Holy Ground.” She said she admired his effort to take afrobeat to the world and seek collaborations in different genres, including reggae and dancehall.

“Fem” is one of her favorite tunes because of the infusion of pop into the beat, she shared.

“That’s definitely a banger like I love the trumpets and just the variety of instruments that he has in,” she added.

Fans eagerly await her upcoming album, which many believe will be named after her latest track, “West Indies”. That album is expected in 2022 via Columbia Records. There have been hints that she may also feature some afrobeat on that album since she was spotted with Burna Boy back in February.

Meanwhile, Davido has since respond to getting praises from Koffee, saying he’s ready for a collaboration with the Grammy-winning reggae star.

“[Koffee] let’s get in the lab sis,” Davido shared on his IG Story along with two heart emojis.