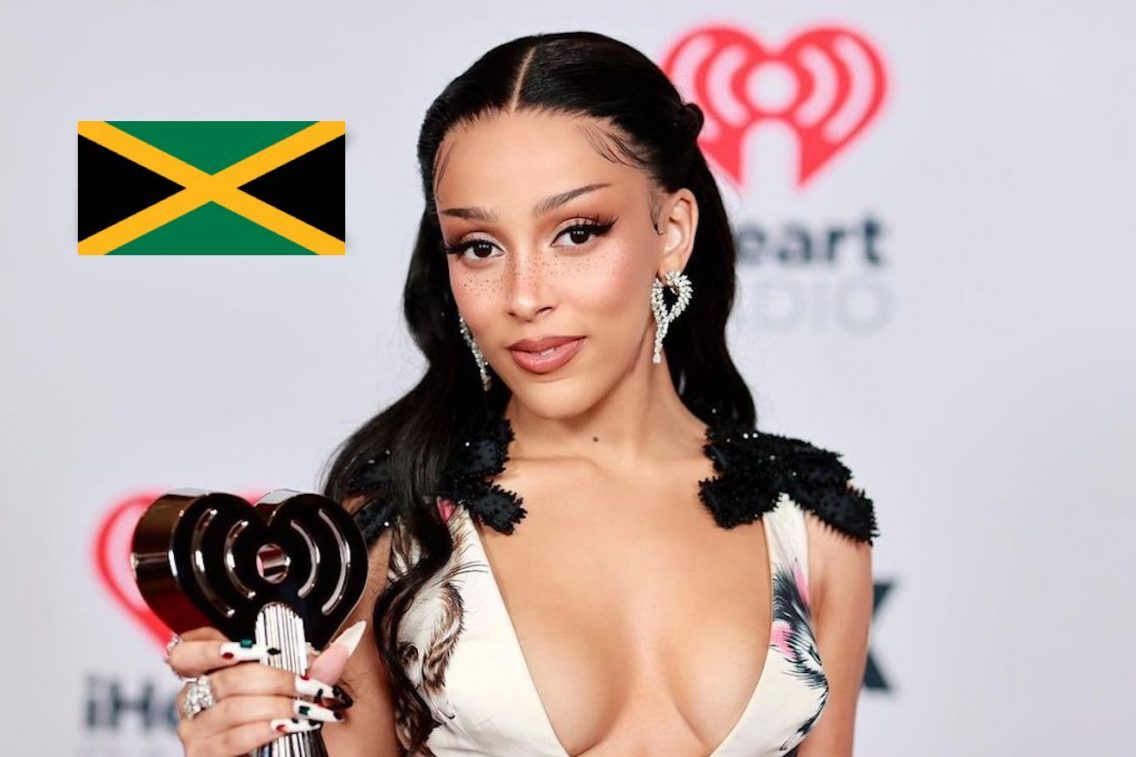 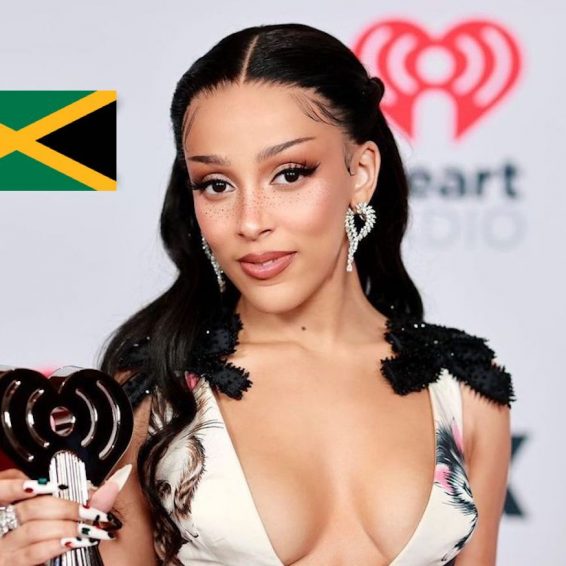 2 months ago·3 min read
ShareTweetPinShare
Home
Entertainment
Doja Cat’s ‘Kiss Me More’ Is Most Listened Song In Jamaica On Spotify For 2021
The content originally appeared on: Urban Islandz

Doja Cat’s hit song “Kiss Me More” featuring SZA is the most listened song on Spotify in Jamaica for 2021, outpacing every dancehall song released this year.

When it comes to streaming music worldwide, there are so many options nowadays. One of the most popular, Spotify, recently released its end-of-year charts countdown under the umbrella, Wrapped.

The numbers reflect what some of the listeners of a particular country are enjoying the most on Spotify. One of the most surprising results was announced last week for Jamaica. Much to the surprise of many, Doja Cat reigned supreme as she claimed the title for most played song on the list. Not only that, but she also came in second and ninth on the list, meaning she featured three times in the top 10.

According to Spotify, the statistics are determined by summarising the streams for each song and each artist from January 1 to November 27, including The Top Artists lists and the total combined streams from all songs by the artist in 2021. When it comes to the Top Tracks lists, the most streamed songs by the artiste for the year are taken into consideration. The data includes all versions, like radio edit, album, and even remixes.

The results have raised the question that has been up for debate for a while now: Are Jamaicans listening to more foreign music than reggae and dancehall? That’s no easy question to answer, and the fact is it probably should not be answered by one chart alone, even if it is as huge a streaming platform as Spotify.

Vybz Kartel, has argued that not enough dancehall is being played on local radio. There has been an influx of rap and other American genres that seem to be influencing the listening public. However, even so, that doesn’t mean that Jamaicans aren’t listening to dancehall elsewhere. Some of Kartel’s fans argued that most Jamaicans use YouTube to catch up on the latest releases and listen to their favorites.

It should also be factored in that Doja Cat is having a monster year as her career is in full bloom. In October, she dethroned Drake becoming the rapper with the most monthly listeners on Spotify.

According to the numbers provided by Spotify, Doja Cat had reached 63.69 million streams per month compared to Drake’s 63.3 million streams. That’s no easy feat when you think about Drake’s global appeal. Add that to the fact that she has over 17 million followers on Instagram alone, and that’s a tough combination for any artist to compete. Drake is the most streamed artiste in Jamaica on Spotify for 2021.

While it may reflect changing listening habits on the island, it’s difficult to tell since Spotify has not said exactly how many subscribers use Spotify in Jamaica. For context, according to data collected on YouTube up to July 2021, Vybz Kartel‘s videos have a whopping 719.92 million views making him the most listened artiste in Jamaica.

Without numbers from Spotify, it’s impossible to tell how many people were polled, so it’s not a big assumption to make that those who do use Spotify in Jamaica probably use it to exclusively listen to American music. If YouTube is still the number one platform for Jamaicans to get their music, there’s a minor threat to dancehall with the numbers that the most popular artists like Popcaan and Skillibeng pull in.

However, what is disheartening is that artists don’t make any real money for YouTube videos, so it means that the genre is still being underappreciated to an extent by Jamaicans. Other streaming platforms usually pay some royalty for streams. This also seems to be a struggle for dancehall artists in Jamaica when it comes to radio.

The issue has already been raised in countless circles though not much has ever seemed to come out of it.

Dancehall is facing an uphill battle in Jamaica and may play second fiddle on Spotify, but the genre is far from unpopular and probably remains the most listened to one on the island. It comes down to which listening platform is the most popular in Jamaica this year, and Spotify might not top the list.