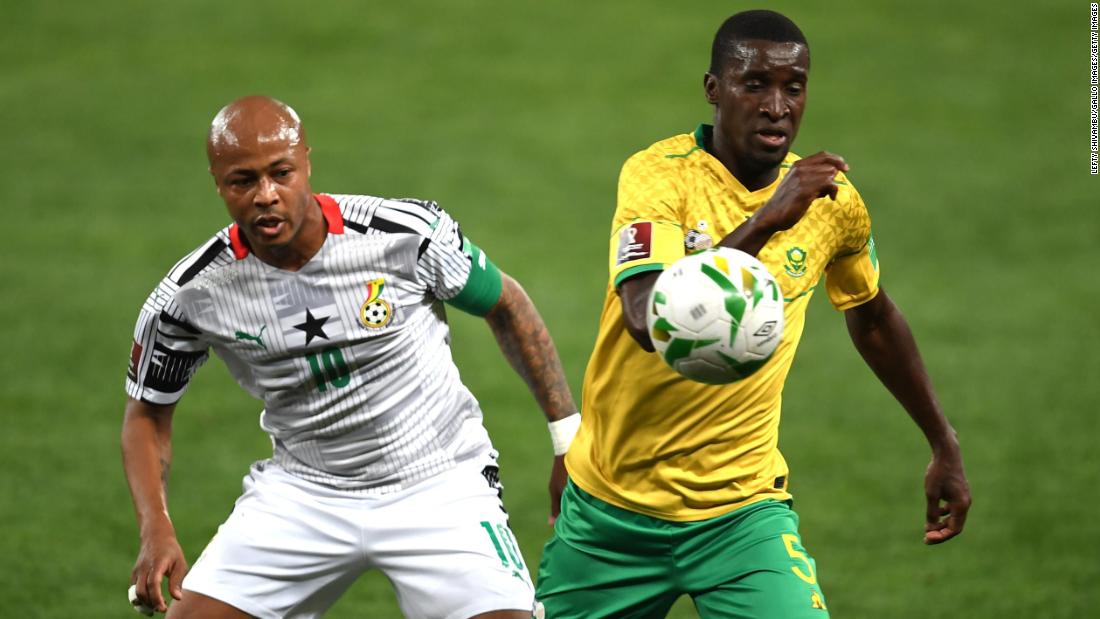 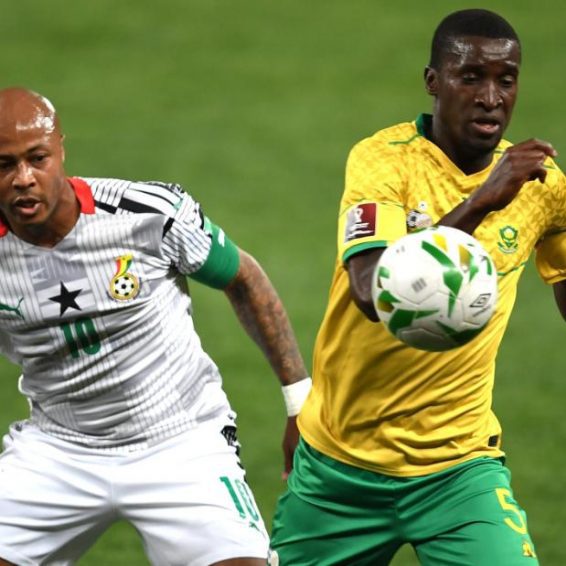 2 weeks ago·2 min read
ShareTweetPinShare
Home
World News
Ghana launches scathing attack on South Africa with FIFA set to review controversial penalty in World Cup qualifier
The content originally appeared on: CNN
In an extraordinary statement Thursday, GFA said the South African Football Association (SAFA) had created a “mountain of lies” after it had lodged an official complaint with world football’s governing body FIFA, alleging match fixing and match manipulation.
The controversy arose after a penalty decision helped Ghana win the crucial match 1-0.
The spot kick was awarded when Daniel Amartey went down under very minimal contact from defender Rushine de Reuck, with referee Maguette Ndiaye quickly pointing to the spot.
Jordan Ayew stepped up to score the penalty which sent the Black Stars through to the final stage of qualification and ended South Africa’s dreams of playing at Qatar 2022.
Read More
“We wish to state categorically that the allegations are frivolous, baseless and (lack) merit and should be treated with all the contempt that (they deserve),” GFA said in its statement.
FIFA ‘deeply concerned’ at social media footage of DR Congo Under-20 women’s national team
“These allegations from South Africa Football Association are nothing but a planned scheme and a calculated attempt to shift focus from the defeat, divert attention from their failure to qualify for the playoffs and unjustly dent the hard-earned victory of the Black Stars.”
Referencing South Africa’s national team, it added: “As a good sporting Association, we know that Bafana Bafana gave it their all but lost to a better team (and must be forthright to tell the South African public this).
“We wish Bafana Bafana and our colleagues at SAFA better luck next time.”
On Wednesday, FIFA confirmed that it has received SAFA’s official protest and said it would be considered by the Disciplinary Committee on November 23.
South Africa asked the governing body to investigate “wrongful and unlawful conduct of the match referee and other officials, concerning match fixing, match manipulation including corruption and bribery” after what it says was a number of questionable decisions throughout the match.
A SAFA spokesperson told CNN that it had been surprised by Ghana’s explosive statement which it said was “unfortunate and distasteful.”
They said SAFA had just been exercising its right to lodge an official complaint to FIFA.
Meanwhile, asked about the nature of its statement, the GFA told CNN it did not wish to make any further comment but confirmed it would submit an official response to FIFA.
The officiating team has not commented publicly on the controversy as of yet.