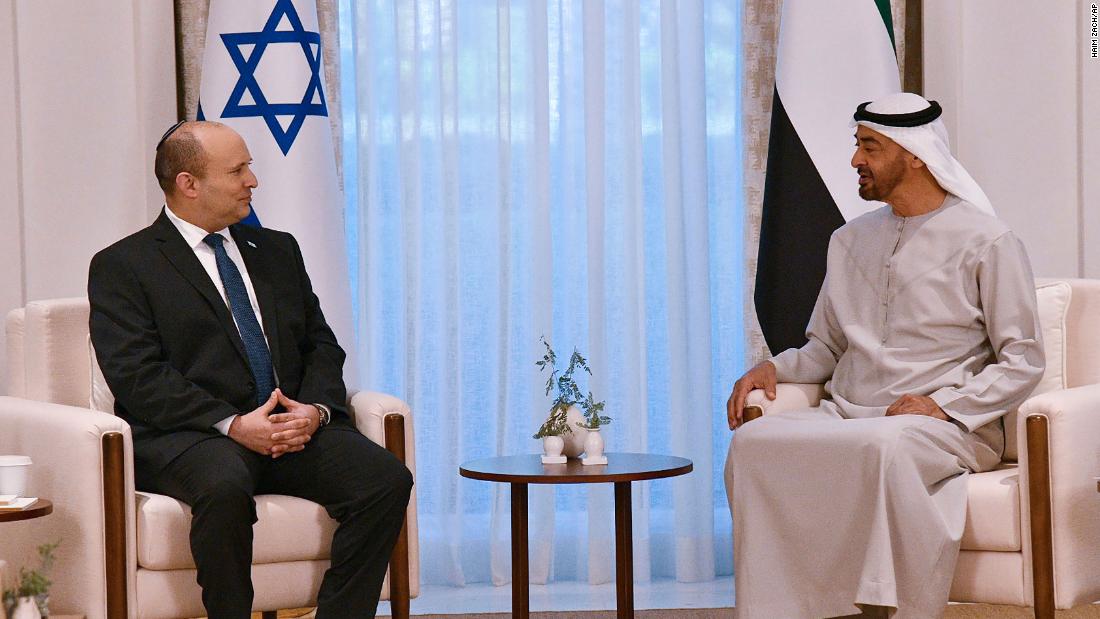 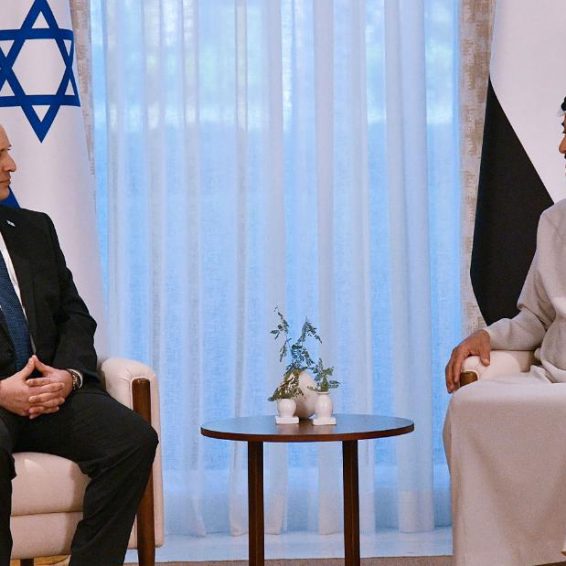 1 month ago·2 min read
ShareTweetPinShare
Home
World News
Israel Prime Minister met with Abu Dhabi Crown Prince
The content originally appeared on: CNN
Israeli Prime Minister Naftali Bennett met with Abu Dhabi Crown Prince Sheikh Mohammed bin Zayed at his private palace in Abu Dhabi on Monday, according to Bennett’s office. Their meeting, and a shared lunch, went on two hours longer than the original time allotted.
The event marks a symbolic historic change in the relations between the two countries, 15 months after they signed a normalization agreement at the White House.
Just a few years ago, Israelis were not even allowed to enter the UAE. Now the Prime Minister is being welcomed with an official honor guard at the airport.
According to WAM, the Emirates’ state-run news agency, the two leaders discussed areas of “bilateral cooperation,” such as “agriculture, food security, renewable energy, advanced technology, health and other vital sectors.”
Read More
Bennett had earlier highlighted growing trade ties between his country and the UAE in an interview with WAM.
But there was no mention in the agency’s write-up of the interview of tensions with Iran.
“The volume of mutual trade has expedited within a few months with limitless future opportunities to develop it. Israel, like the UAE, is a regional hub for trade. Our cooperation provides unprecedented economic opportunities not only for us, but for more countries, which is another element for enhancing stability and prosperity in this region,” Bennett is quoted as saying.
Biden administration has reviewed military options as part of effort to keep Iran from obtaining a nuclear weapon
The Israeli leader mentioned cyber security, health, education and aviation as four areas where the two countries were enjoying fruitful trade and investment, WAM wrote.
Although neither leader mentioned it by name, Iran is top of mind for both countries, a shared security concern.
Israel’s government sees Iran and its nuclear ambitions as an existential threat, and continues to declare that they are ready to take matters into their own hands to prevent Iran from getting a nuclear weapon. They see the Emiratis as an important strategic partner in the face of Iranian aggression.
For the Emiratis, the relationship with their neighbor is more nuanced. Last week, a UAE top security official paid a visit to Tehran, meeting with new Iranian President Ibrahim Raisi, the first such visit by an Emirati official in five years.
A spokesperson for Bennett declined to comment on Israeli media reports that the Prime Minister presented the crown prince with evidence of Iran deploying militias and UAV units, only saying “they discussed a wide variety of issues.”