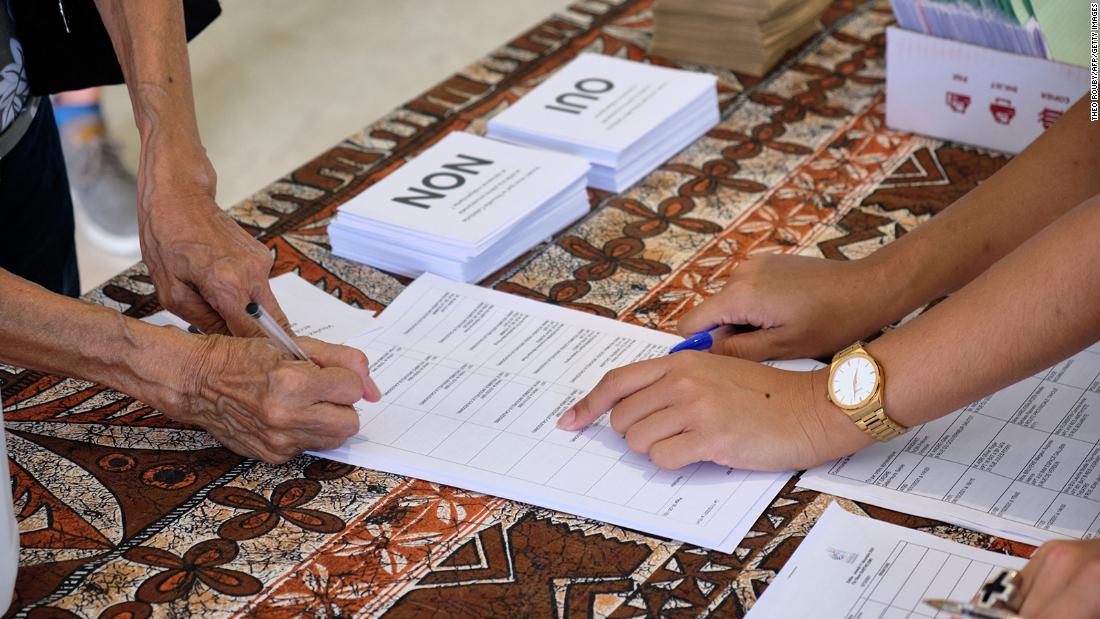 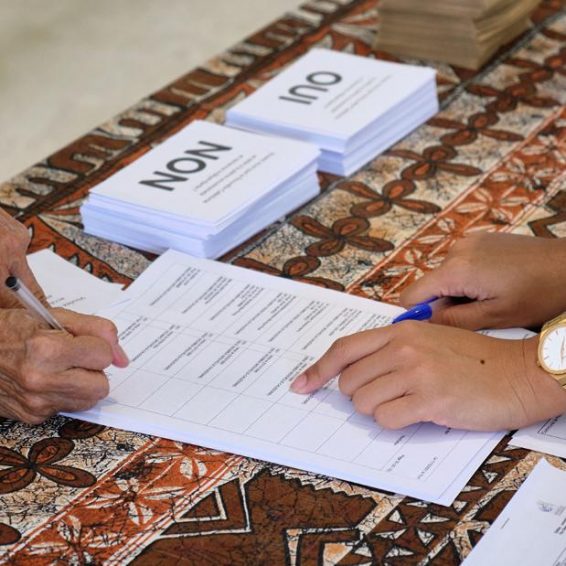 1 month ago·1 min read
ShareTweetPinShare
Home
World News
New Caledonia rejects independence in final vote amid referendum boycott
The content originally appeared on: CNN
The indigenous Kanak population, who largely favor independence, had called for non-participation in the referendum because they are in a 12-month mourning period following a September surge in coronavirus infections.
Provisional results published by French authorities showed support for a “no” to independence was at 96.5%, while turnout stood at 43.9%. Sunday’s vote, the third and final ballot on the issue, follows two previous polls in 2018 and 2020 in which the “no” vote got 57% and 53% respectively.
“The Caledonians have chosen to remain French. They decided that freely,” French President Emmanuel Macron said in a televised address.
“We can’t ignore that the electorate remained deeply divided over the years,” he added. “A period of transition is now starting.”
Read More
New Caledonia’s congress president, Roch Wamytan, a pro-independence leader, said he regretted the French government had rejected their call to postpone the third referendum to September 2022 out of respect for local mourning customs.
“This referendum, for us, is not the third referendum. We consider that there are only two legitimate referendums. 2018 and 2020. This referendum is the referendum of the French state, not ours,” he said on Franceinfo radio.
Analysts fear a “no” vote will anger independence supporters, creating instability.
New Caledonia says ‘non’ to independence from France
“The worst of scenarios? A “no” vote which bans independence, but whose legitimacy is rejected by the Kanaks via a massive abstention rate motivated by Paris’s refusal to postpone the vote,” Francois Heisbourg, an analyst for the IISS think-tank, said on Twitter.
One of five island territories spanning the Indo-Pacific held by France, New Caledonia is the centerpiece of Macron’s plan to increase its influence in the Pacific.
Sunday’s vote is the third prescribed by a deal hammered out a decade after talks on the island’s future began in 1988, and which called for a series of independence referendums.
Fighting erupted in the 1980s in the nickel-rich territory, 1,200 kilometers (750 miles) east of Australia and 20,000 kilometers (12,000 miles) from France, between supporters of independence and those who wanted to stay French.