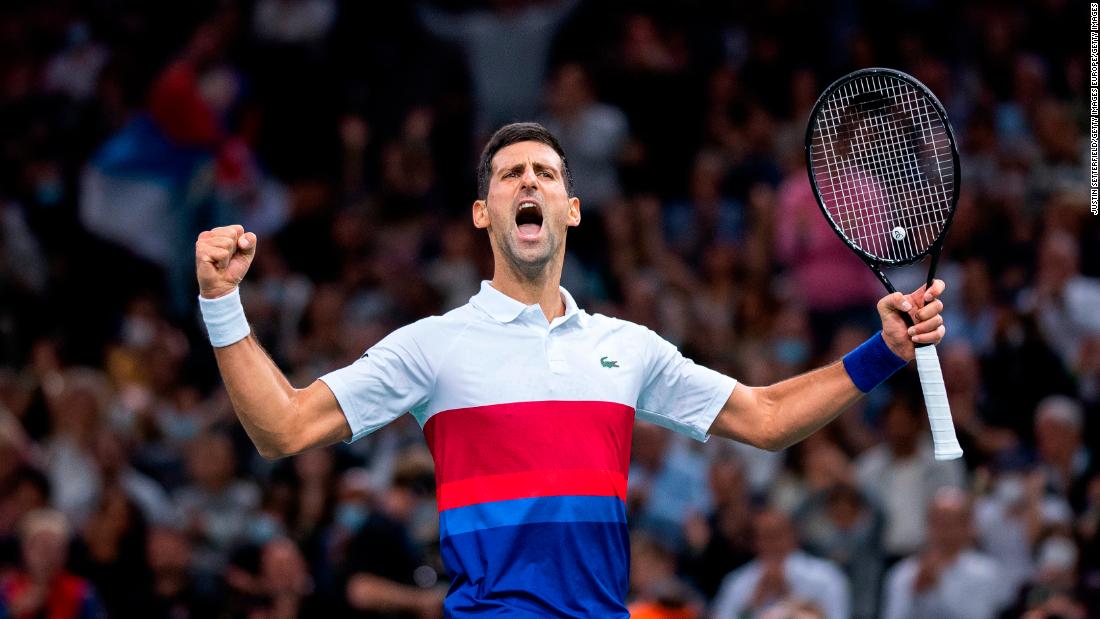 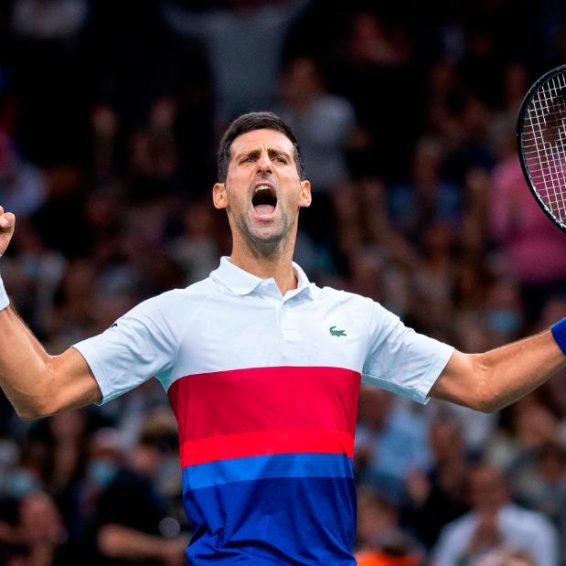 4 weeks ago·1 min read
ShareTweetPinShare
Home
World News
Novak Djokovic secures year-end No. 1 spot for record seventh time, surpassing Pete Sampras
The content originally appeared on: CNN
With his 3-6 6-0 7-6 victory over Hubert Hurkacz in the semifinals of the Paris Masters, Djokovic moves clear of Pete Sampras, who finished the year as world No. 1 six times between 1993 and 1998.
The 34-year-old Djokovic, who faces Daniil Medvedev in the Paris Masters final on Sunday, has previously been crowned the year-end No. 1 in 2011, 2012, 2014, 2015, 2018 and 2020.
“Just proud and extremely happy,” was Djokovic’s reaction to the record.
“Obviously that was one of the biggest goals and it’s always one of the biggest goals, to try to be No. 1 and end the season as No. 1.”
Read More
READ: Novak Djokovic will need to be vaccinated to play Australian Open, says minister
He added: “To do it for the record seventh time and surpass my childhood idol and role model, Pete, is incredible. Very grateful, very blessed to be in this position.”
The final of the Paris Masters will be a repeat of this year’s men’s US Open final when Medvedev ended Djokovic’s hopes of winning a calendar grand slam. World No. 2 Medvedev cruised past Alexander Zverev 6-2 6-2 in his semifinal on Saturday to set up the clash.
Were he to beat Medvedev, then 20-time grand slam champion Djokovic would break another record in Paris by moving clear of Rafael Nadal with his 37th Masters 1000 title.
Visit CNN.com/sport for more news, videos and features
Earlier this year, Djokovic broke Roger Federer’s record of 310 combined weeks as the men’s world No. 1 — a feat he told CNN was “like a crown of all the achievements that I had in last 15 or 15 plus years of [my] professional tennis career.”