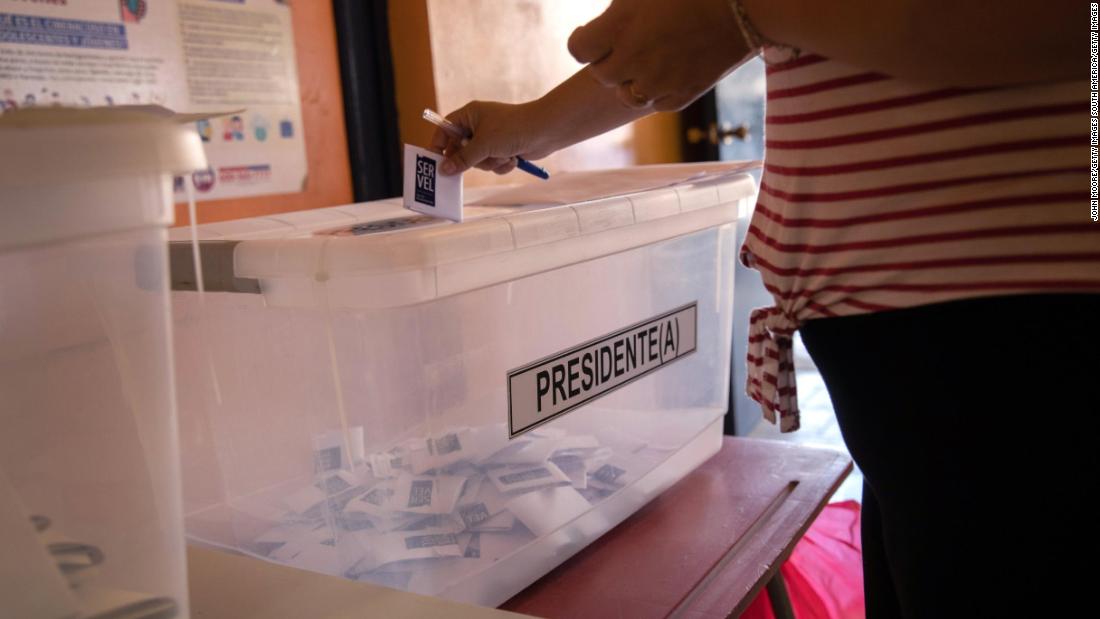 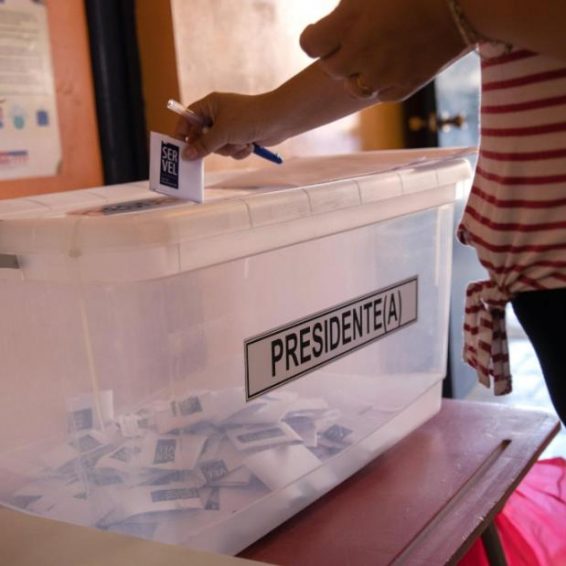 Polar opposite candidates head to run-off vote in Chile

2 months ago·1 min read
ShareTweetPinShare
Home
World News
Polar opposite candidates head to run-off vote in Chile
The content originally appeared on: CNN
Jose Antonio Kast, a candidate of the hard right, garnered 28 percent of the vote during Sunday’s election in Chile, missing the necessary 50 percent needed to avoid a runoff.
Kast, whose recent surge in popularity has surprised critics, has sometimes been compared to former US President Donald Trump and Brazil’s current President Jair Bolsonaro.
He will face 35-year-old Gabriel Boric, a leftist candidate and former student leader, who came in second with 25 percent of the vote.
Representing polar opposites of Chile’s presidential race, Boric and Kast now head to a runoff vote on December 19.
Read More
This election comes two years after massive protests and riots shook the country in October 2019, with protesters demanding better pensions, better education, and the end of an economic system that they said favors the elite.
The unrest led now-outgoing President Sebastian Pinera to agree to a plebiscite about the need to change the constitution inherited from the dictatorship — a year later, Chileans overwhelmingly voted to draft a new constitution.
But Chile still hasn’t regained the stability for which it was once known. It has been hard-hit economically by the pandemic, and brutal clashes between protesters and security forces continue weekly in Santiago.
Make Chile great again? Meet the far-right presidential candidate tempting voters from Chile’s left and center
Considering the recent past, Boric was widely perceived as the presidential candidate who better represented the country’s social movement. He is a supporter of abortion rights, a welfare state model, and leads a broad coalition that includes Chile’s Communist Party.
But a powerful current of support for Kast, seen by some voters to represent stability and security, has upended predictions about the race. Kast emphasized rule of law, private property, a free market economy, and has even proposed building a three-meter ditch at strategic points of Chile’s northern border to stop the flow of migrants from other countries.
In an address to the nation Sunday, outgoing President Pinera congratulated both candidates.