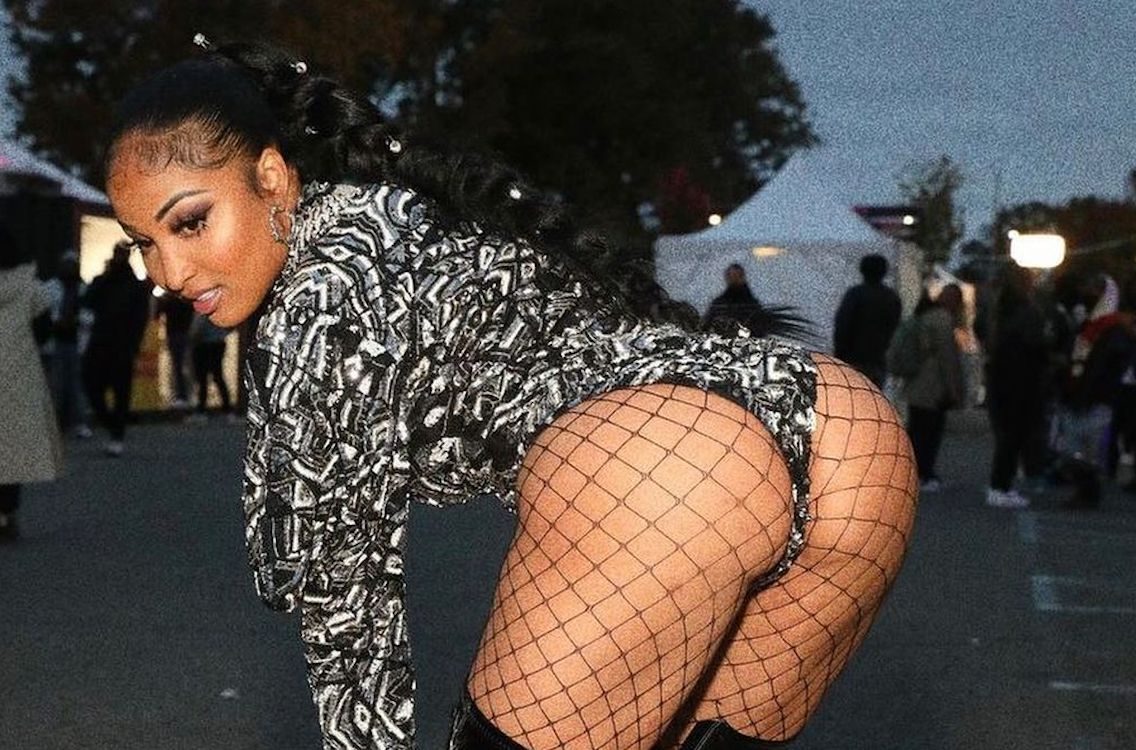 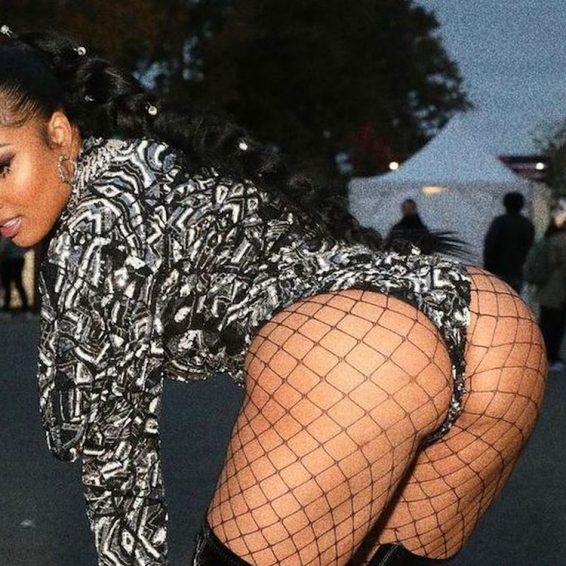 The Jamaican deejay took the Rolling Loud stage on Friday, where she performed a series of her hits songs. Although the performance was not live, Shenseea still managed to get cheers and applause from fans at the event.

Shenseea looked stunning in a black and white catsuit along with thigh high leather boots. However, not even halfway through her almost 24-minutes performance while doing the June Bug dance, the artiste stunned fans when she appeared to get assistance to take off her leather boots while on stage.

“Let me get comfortable on this damn stage,” she began as the stage person helped her to unbuckle her shoe. “I ain’t no Beyoncé and I ain’t gon act like I’m Beyoncé up here,” he says while fans laugh.

It took about three minutes for Shenseea to get out of the shoes before which she performed her feature with Kanye West “Ok Ok Part 2”.

“yeah!” Shenseea says as she kicks out her foot on stage. “I can do jog, look,” she says as she jogs backwards.

Meanwhile, the artiste started trending after the second part of her performance as one of her plus size dancers, DHQ Famous Red, lifted up a stage volunteer who seemed to be having a lot of fun during her song “Hard Drive” being performed.

She also performed her hit singles “Blessed,” “Lighter,” and “rebel” before closing out on the stage barefoot.