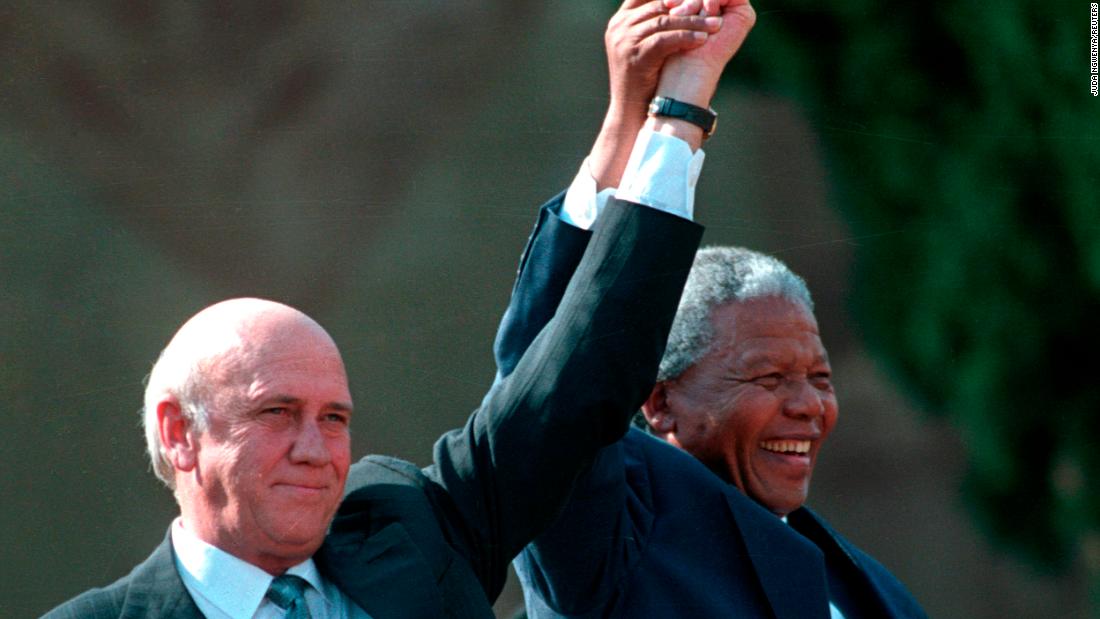 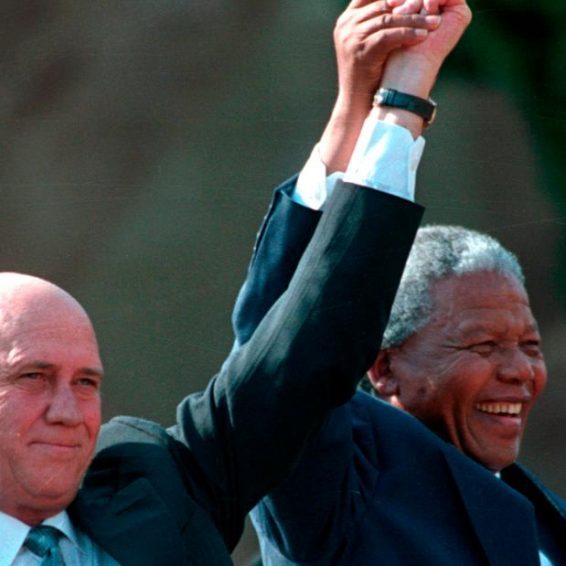 Born Frederik Willem de Klerk and raised into a family of prominent Afrikaner politicians — his father Jan de Klerk was a conservative political heavyweight in the 1960s and briefly became acting President in 1975 — FW de Klerk worked as a lawyer before holding a number of ministerial posts as a politician.
He had been more widely cast as an obstructor than a revolutionary, given his lineage and steadfast conservatism.
But the brutal realities of apartheid had resulted in violence, displacement and growing opposition, and de Klerk ultimately recognized a change in course was needed.
He described himself as a “convert” in an interview with CNN in 2012. “The goal was separate but equal, but separate but equal failed,” he added. “We should have gone much earlier with the flow when the winds of change blew across Africa.”
De Klerk nonetheless created a complicated legacy both during his time in power and after his retirement.
In the same 2012 interview, de Klerk caused anger by equivocating on whether apartheid was a morally repugnant policy. “I can only say that in a qualified way … there were many aspects which are morally indefensible,” he said.
Last year, his foundation issued an apology after de Klerk claimed that apartheid was not a crime against humanity during an interview with South African public broadcaster SABC.
He told CNN he and Mandela were “close friends” by 2012. “There is no animosity left between us. Historically, there was,” he said.
“He still has an aura around him. He’s truly a very dignified and a very admirable person,” de Klerk added, shortly before Mandela’s death the next year.
De Klerk occasionally re-entered the political discourse after he left office. He reunited with Mandela while serving on the delegation that helped award South Africa the 2010 FIFA World Cup, a major event that allowed the nation to take the global spotlight for one month.
He also freely gave his thoughts on modern South African politics; in 2012 he told CNN “transition is taking its time” in South Africa, adding: “I’m convinced it’s a solid democracy and it will remain so, but it’s not a healthy democracy.”
After Jacob Zuma stepped down as President in 2018 and was replaced Ramaphosa, de Klerk said the nation was in “good hands.”
British Prime Minister Boris Johnson said Thursday that “De Klerk will be remembered for his steely courage and realism in doing what was manifestly right and leaving South Africa a better country,” adding he was “saddened” by his death.
Irish Prime Minister Micheal Martin added that “his vision, along with Nelson Mandela, moulded a new South Africa.”
De Klerk’s first wife Marike de Klerk was murdered in 2001, three years after their divorce. He has occasionally suffered from ill health in the past, and his foundation revealed his diagnosis with mesothelioma cancer.
He is survived by his wife, three children and grandchildren.