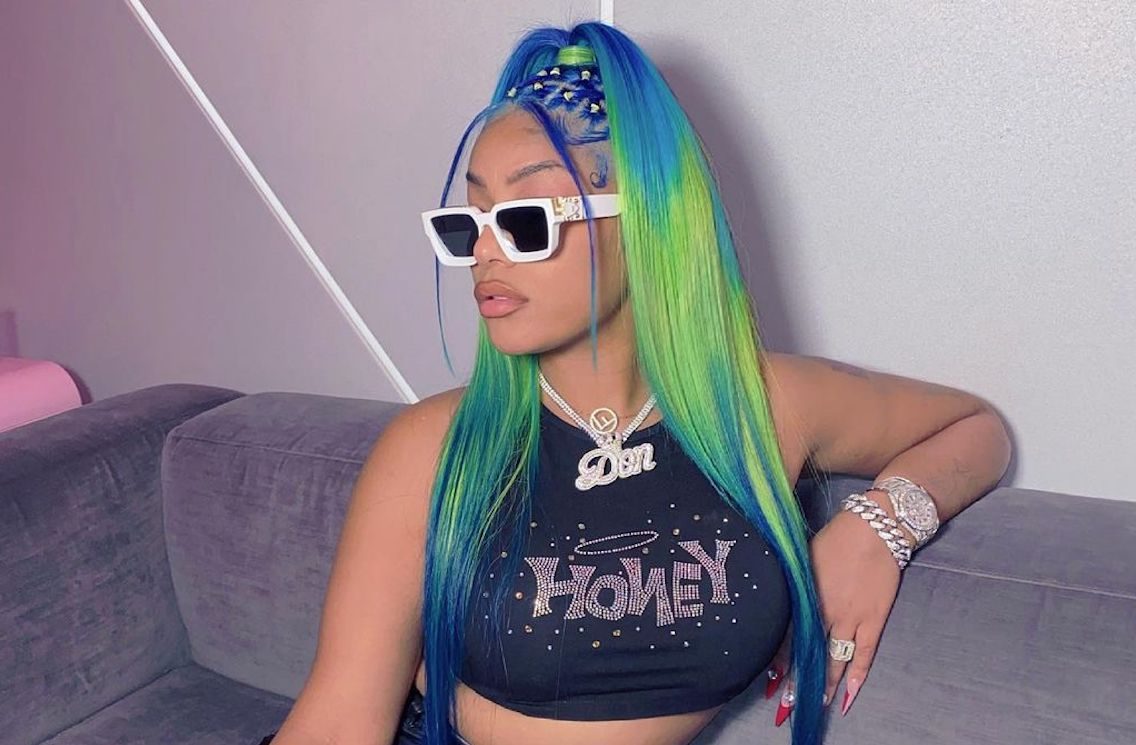 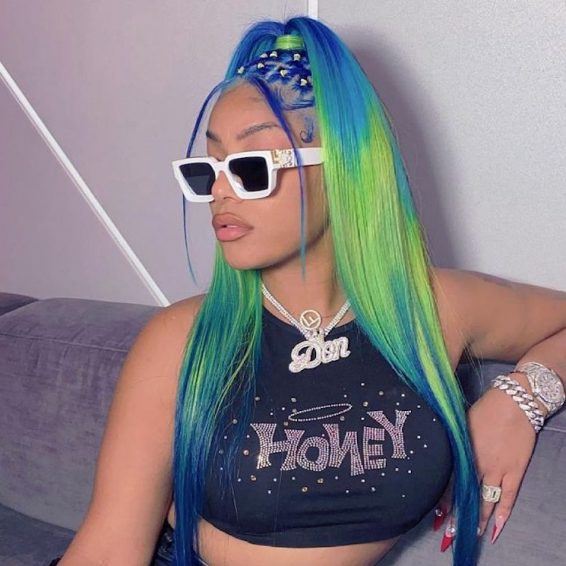 Stefflon Don and Midas The Jagaban Link Up On “Toxic Love”

The vibrantly colored, energetic music video, which was released on November 30, was accompanied by a bubbly afrobeat rhythm which created an exuberant synergy that added to Don’s signature dynamic style.

The music video opens to Stefflon standing center-stage in an empty warehouse wearing a colorful short neon dress topped off with a bright yellow wig, staring boldly ahead with her hands on her hips as if she’s finally taking a stand in her relationship. Transitioning to the next scene, we see her boldly saying her name, “Don” with a fierce expression.

As the beat drops, we see Midas sitting on top of a neon green ladder with her signature balaclava mask matching her green and white outfit.

Stefflon is seen dancing throughout the music video in neon green clothing, with her backup dancers all wearing a mixture of red, green, and yellow outfits, similar to her last video, which also showcased her dance skills. Through this, she also paid homage to her Jamaican heritage during the 3 minutes and 40 seconds music video.

The track is seemingly an instant major success amongst fans racking up over 20k views on YouTube within the first 6 hours of its release.

“She doesn’t know this but she makes everyone’s day better,” commented one fan, while another exclaimed, “The combination of the Afro flow and patois is brilliant!!”

Nigerian record producer Rexxie Pon Da Beat, whose signature tag could be heard at the starting of the track, “Yo, Rexxie Pon This One,” was the main producer for “Toxic Love.” Rexxie Pon Da Beat has also produced several songs for Don’s Nigerian boyfriend and fellow rapper Burna Boy.

The Afro-style dance that can be seen throughout the music video was choreographed by Riz Made It and dancer, choreographer, and teacher Olu Alatise.

The lyrics of the song speaks of a toxic relationship between a man and a woman who keep coming back to each other. “He said he wants closure but he came with his clothes off,” noted Stefflon.

Unfortunately, Luke Biggins, who served as the director, executive producer, and director of photography for the song’s music video, passed away on October 20. “Toxic Love” was the last song Stefflon Don and Luke worked on before his passing.

The “16-Shots” rapper noted in an Instagram post that she holds this release on a different level.

“This one is very special to me as this will be the last video my friend and director Luke shot for me before he sadly passed away. Luke you will be forever missed and your legacy will live forever. Thank you for always going above and beyond. Rest in paradise Luke Biggins,” stated Stefflon Don, who also went on to show gratitude to the rest of the “Toxic Love” crew and staff.