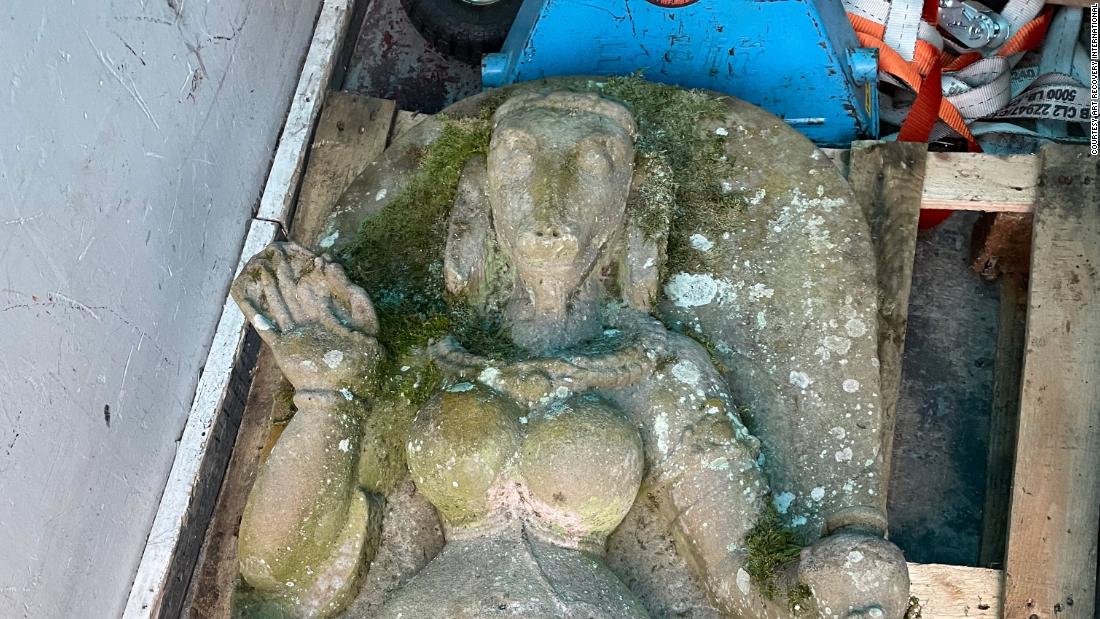 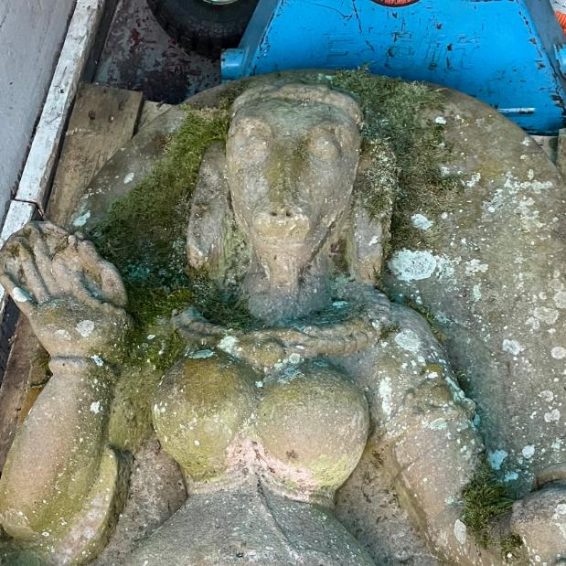 Stolen yogini goddess statue, once on sale at Sotheby’s, to be returned to India

1 month ago·4 min read
ShareTweetPinShare
Home
World News
Stolen yogini goddess statue, once on sale at Sotheby’s, to be returned to India
The content originally appeared on: CNN

A stolen yogini statue, which was once on sale at Sotheby’s auction house in London, will be returned to the High Commission of India to be repatriated.

The ancient statue depicts an Indian goat-headed deity derived from the yogini — female goddesses whose lineage traces back to rural and tribal villages in India, according to professor and curator Vidya Dehejia’s book, “Yogini Cult and Temples: A Tantric Tradition.”

It was located in October 2021 by Christopher Marinello, a lawyer and founder of Art Recovery International, a company that specializes in recovering stolen, looted and missing works of art.

Marinello said he came across the statue when a widow in the UK, whose identity he declined to reveal, asked his firm to assist with the sale of the contents of her home — which included the yogini figure.

Marinello said the widow “had no idea,” and was shocked that the statue had previously been stolen, but was cooperative when she found out.

Marinello then contacted Vijay Kumar, co-founder of the India Pride Project, a nonprofit that is dedicated to recovering looted cultural objects across India.

“I started this basically as a nonprofit to raise awareness for the rampant looting of cultural objects,” Kumar told CNN.

Kumar confirmed Marinello’s claim that the statue had been stolen, saying said the goat-headed statue is part of a larger collection of yogini figures that went missing from the village of Lokhari in the Indian state of Uttar Pradesh between about 1978 and 1982.

An image of the goat-headed statue appears is Dehejia’s book, where she wrote, “On top of an isolated hill in the Banda district of Uttar Pradesh, near the village of Lokhari, are twenty images of Yoginis together with a large quantity of stone blocks that once formed the walls of a Yogini temple.

“Villagers report that in recent years, a number of images were carted away in trucks by vandals,” she wrote.

“This is a very rare icon,” Kumar said.

The yogini statue dates back to between the 8th and 9th century. Credit: Courtesy Art Recovery International

He said he first saw a photo of the yogini statue in Peter Watson’s book “Sotheby’s: The Inside Story,” which was based on a five-year-long investigation that revealed the way prestigious auction houses allegedly facilitated the smuggling and sale of objects that were known to have been looted from shrines.

Upon further research, Kumar says the statue was shown as having been listed for sale in a Sotheby’s catalogue in 1988 with an auction value of up to $19,849 (GBP15,000).

Talking about the statue, Kumar said, “She was in a very bad state of preservation, but we could match it.”

“We understand that it was pulled from sale for Sotheby’s, but it was never investigated,” he added.

Marinello told CNN that he and Kumar worked with the High Commission of India, the Archaeological Survey of India, the Directorate of Revenue Intelligence, and London’s Metropolitan Police to enable the repatriation of the statue.

“We are now in the last leg for restitution and soon the yogini would be handed over to High Commission of India in London and then sent to its rightful place in India. I would also like to place on record appreciation for Directorate of Revenue Intelligence, India for the help rendered,” Sukhija added.

In a statement to CNN, Sotheby’s did not address the statue specifically but said it worked to the highest standards. “This episode relates to something that allegedly occurred almost quarter of a century ago. Sotheby’s adheres to the highest standards in the industry, supported by a world-class compliance team, who work closely with outside authorities to ensure that we operate to the highest level of business integrity,” the company said.

‘We hope to make them the gods that they are’

While the majority of Marinello’s work involves working with fine art insurance companies and clients to locate stolen objects, he told CNN that he is equally invested in pro bono cases.

“What drives me is the cultural heritage and the loss suffered by the communities, the churches and the temples that use these objects to help them connect with their god,” he said.

“With cases like this, when something’s been looted from a temple, it just means so much more to the people of the village and the people who worship this object,” he added.

Marinello said his company has recovered thousands of artworks since it was established in 2013, approaching an estimated value of nearly $529 million (GBP400 million).

He said his company continues to receive cases of art theft on a daily basis.

“Criminals are looking to take things that don’t belong to them and sell them on. If people, collectors and art dealers do proper due diligence before handling objects like this, they will never make their way into the marketplace and there won’t be an outlet for criminals to sell these ill-gotten goods,” Marinello said.

“This is why I work with organizations like the India Pride Project because these are not sculptures … for dealers or auction houses to earn profits from. These are gods. These are objects that help people worship their deity. You can’t put a monetary value on this,” he added.

Speaking about objects such as the yogini statue, Kumar told CNN, “They were never implied to be a piece of art. They were meant to be ritual worship objects, that we see them as art incidental.

“So we hope to make them the gods that they are,” he added.

CNN has reached out to the Metropolitan Police for comment.