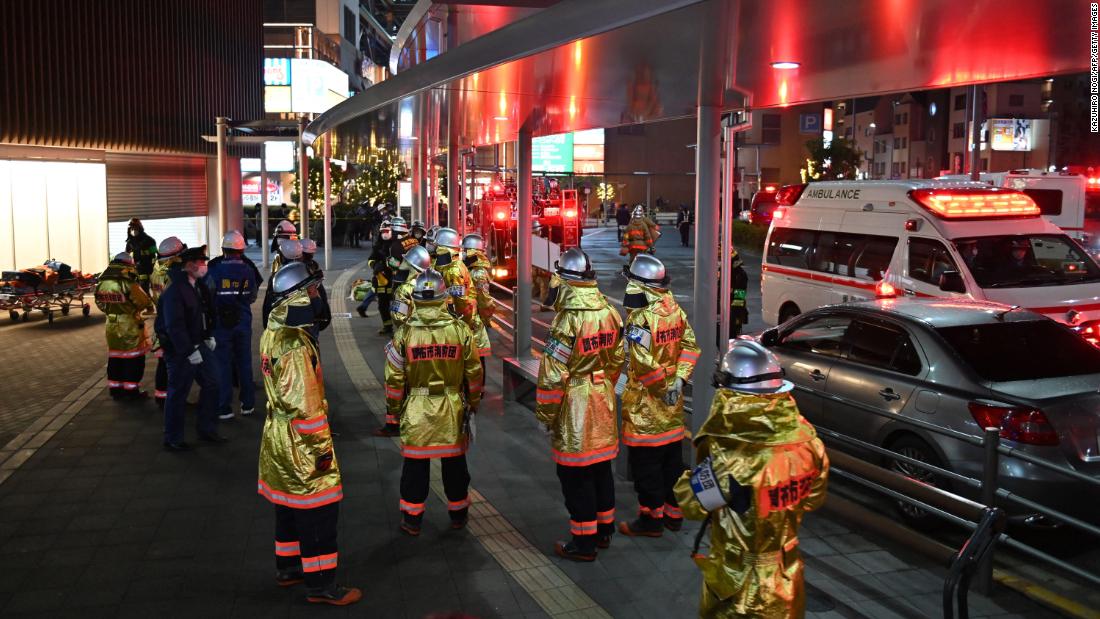 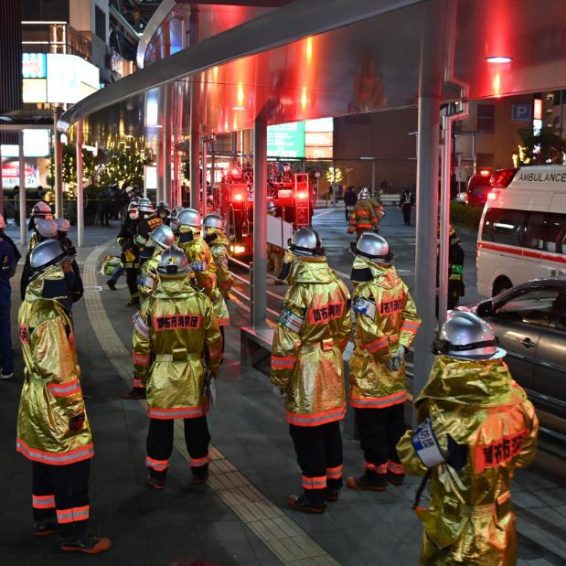 1 month ago·2 min read
ShareTweetPinShare
Home
World News
Suspect arrested in Tokyo train Halloween knife attack that injured at least 17 people
The content originally appeared on: CNN
Witnesses say the suspect was wearing a costume that appeared to depict the character of the Joker from the Batman franchise.
At least one passenger — a man in his 70s — is in critical condition after being stabbed in the chest, police said.
Cell phone footage showed chaotic scenes from inside the train as the attack unfolded on the Keio line. In the video, passengers can be seen running through a train carriage to get away from the attacker. Loud bangs and screaming can be heard. A ball of flames then erupts, filling the carriage with smoke.
Passengers can then be seen jumping out of the train’s windows to escape and running along a station platform away from the train, which had made an emergency stop.
Read More
According to Japan’s public broadcaster NHK, the suspect was arrested after brandishing a knife and starting a fire on a moving train around 8 p.m. (7 a.m. ET) near Kokuryo Station in Chofu City, in Tokyo’s western suburbs. The train was bound for the busy Shinjuku Station in central Tokyo.
The alleged attacker used cigarette lighter fluid to set a fire inside the train, causing large flames to rise briefly and burning some seats, NHK reported citing police.
The man told investigators that he “wanted to kill people and be given a death penalty” and had hoped to kill at least two people, according to the police. He was arrested at the scene by Tokyo Metropolitan Police on suspicion of attempted murder.
Video tweeted by an eyewitness appears to show the 24-year-old suspect wearing a purple suit and bright green shirt, along with a purple tie, surrounded by police officers inside a Tokyo train.
A police officer can be heard in the video saying “the suspect is in custody.”
While violent crime is rare in Japan, there has been a spate of violent knife attacks by assailants unknown to the victims.
In August, 10 passengers on a train in Tokyo were stabbed by a man with a knife, according to the Tokyo Fire Department. The suspect later turned himself in at a convenience store, NHK reported at the time. Tokyo Metropolitan Police said the man confessed that he “just wanted to kill any women who looked happy, anyone,” NHK reported.
In 2019, two people, including a 11-year-old girl, were killed and 17 other children injured in a stabbing spree in the city of Kawasaki, about 13 miles (21 kilometers) from Tokyo. In 2016, 19 people were killed in an attack at a care home for disabled people — the deadliest mass killing in Japan since the end of World War II.
And in June 2008, a man in a light truck drove into a crowd in Tokyo’s popular Akihabara district and then jumped out of the vehicle and started stabbing pedestrians, killing seven people.
Japan — a country considered one of the safest in the world — strictly regulates weapons. It’s illegal for people to carry a pocket knife, craft knife, hunting knife or box cutter in public, according to the US State Department.