Autonomy For Guadeloupe A Possibility

Martinique Under Curfew After Looting 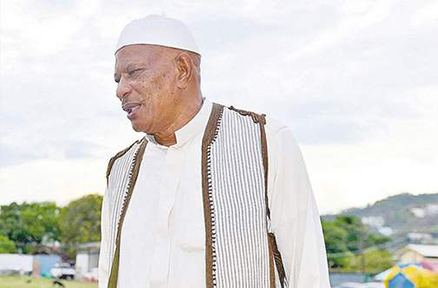 The Man Who Led A Coup In Trinidad & Tobago Is Dead

1 month ago·1 min read
ShareTweetPinShare
Home
Caribbean News
The Man Who Led A Coup In Trinidad & Tobago Is Dead
The content originally appeared on: News Americas Now
Yasin Abu Bakr, the leader of the Trinidad & Tobago coup of 1990, has died at the age of 80.

The news was delicately confirmed by his son Fuad Abu Bakr who wrote on Facebook, “To Allah we belong and to him is our eventual return. ALLAHU AKBAR.”

Bakr was a longstanding leader in Trinidad and Tobago’s Islamic landscape. The 1990 insurrection which he led, caused the deaths of dozens of people and injured many more.

He was born Lennox Philip in Trinidad and Tobago and grew up in a suburb of Port-of-Spain as the eighth of fifteen children. He would later attend and graduate from Queen’s Royal College, and would spend time on his tertiary studies in Toronto, Canada.

Philip would later convert to Islam and change his name shortly after.

These Caribbean Nations Pledge To End Deforestation By 2030

In the 1970s he lived in Libya as a guest of Muamar Gaddafi. Upon his return to Trinidad and Tobago he founded Jamaat al Muslimeen. In 1990, 100 of his followers stormed the Parliament of Trinidad and Tobago and took Prime Minister A.N. R. Robinson, hostage.

Abu Baker surrendered to police six days later and spent 2 years in jail. Last year, he apologized to Trinidadians for the coup.

Bakr’s son, Fuad, would later embark on a political course, eventually becoming the leader of the New National Vision party, a minor political party founded in 1994 in Trinidad and Tobago. His attempt at obtaining a seat in the 2020 General Elections proved unsuccessful.