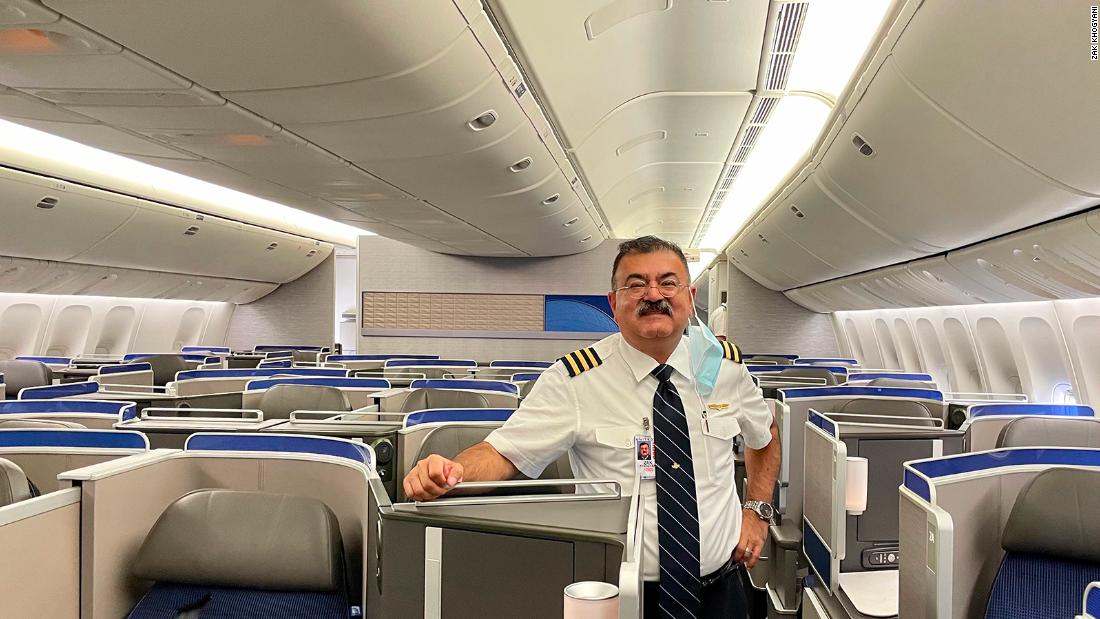 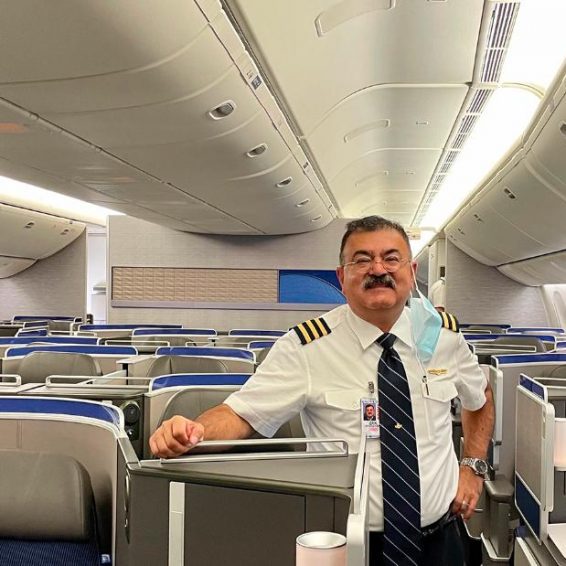 The pilot who helped 1,000 Afghan refugees flee to the US

2 months ago·5 min read
ShareTweetPinShare
Home
World News
The pilot who helped 1,000 Afghan refugees flee to the US
The content originally appeared on: CNN
He’s walked through Antelope Canyon in Northern Arizona, surrounded by swirling sandstone formations formed by flash flooding.
He’s stood on the rugged Cliffs of Moher in Ireland, which rise some 700 feet over the Atlantic Ocean — a stunning emerald backdrop that’s been featured in music videos, a folk song and movies like “The Princess Bride.”
He’s watched sunlight dance off the cobalt blue domes of whitewashed homes carved into a hilltop above the Aegean Sea on the Greek island of Santorini.
Khogyani is a United Airlines pilot and a photographer who has spent much of his life snapping scenes that look like postcards from the Garden of Eden.
Read More
But the image that moved him to tears recently is not something he saw in nature. It’s something he stumbled upon while volunteering last summer during a nine-hour flight to the US, on a plane filled with Afghan evacuees.
Khogyani was gazing at the anxious and drawn faces of Afghan children sitting with their parents when he realized he was looking at a younger version of himself.
“I was nine years old when I experienced similar circumstances,” the 53-year-old Khogyani says. “It all came rushing back. It was harder than I thought.”

He fled Afghanistan with his family as a boy

For the fortunate among us, the holiday season is a time to spend time with friends and family. This year Khogyani’s thoughts are turning to some Afghan families he recently met for the first time — and one he left behind.
Khogyani came in contact with these families through his day job. He’s been a pilot for United Airlines for 27 years. When the Taliban seized control of Afghanistan in August, the Pentagon called on the Civil Reserve Air Fleet to help supply commercial planes for the emergency evacuation of Americans and Afghan allies.
Khogyani wrote the CEO of United Airlines and volunteered to help. For him, it was personal.
He grew up in Afghanistan but fled the country with his family in 1977, when he was nine.
His grandfather was a judge and a senator, while his father governed three provinces. A shift in the country’s political climate led to escalating death threats against his family.
Khogyani still remembers the tense car ride to the Kabul airport.
He carried one small bag. They brought no family mementos, no photos or extra clothes. He was abruptly yanked from one life into an uncertain future.
“The atmosphere was very heavy,” Khogyani says. “Nobody said very much. My mother had not told me that we would leave the country.”

He surprised Afghan evacuees by greeting them in their language

Those memories were on Khogyani’s mind when he was given permission in August to join the airlift.
He flew to an airbase in Germany to meet the evacuees, who had been flown there from Kabul. Over the next nine days he accompanied 1,000 Afghan passengers on three flights from Europe to the US, serving as an interpreter for the refugees — and a symbol of a more hopeful future.
At first, he surprised the evacuees. He stood at the boarding gate and greeted them in Pashto, their own language.
“Welcome,” he told them. “I hope you come joyfully.”
Many Afghans looked at him with surprise, and then confusion. Then relief. They started bombarding him with questions:
Where do I go next? Who can I turn to for help? How can I find a job?
He tried to help, but he knew there were some questions he could not answer. A big one dealt with the loneliness of leaving family members behind.
“I never saw my grandparents again,” he says. “I never saw most of my extended family, and I know they face the same future.”
United Airlines employees had donated diapers, baby wipes, pacifiers and blankets to the Afghan families. The overhead bins were filled with these donations, along with chocolate and toys. Someone taped children’s crayon drawings to the inside of the cabin to make the kids feel more comfortable.
For Khogyani, that’s when the memories started flooding back. His emotions surprised him. Suddenly, he was not an intrepid world traveler but that anxious nine-year-old boy leaving Afghanistan.
“There were a lot of kids on the flight, and every single one in one way or the other reminded me of our own escape,” he says.

He’s thrived in America, and he wants to help other immigrants do the same

One of the US’ mottoes is E Pluribus Unum, which is Latin for “Out of Many, One.” The motto, adopted in 1776, reflects the belief that the US becomes stronger when it embraces people from all different types of backgrounds and beliefs.
Khogyani has tried to honor that motto.
He lives in Phoenix, Arizona, with his wife and their twin 14-year-old sons. He’s taught his kids about their heritage and Afghan values such as dignity, humility and hospitality. He tells his kids, and anyone who will listen, the same thing about his people:
“You will never meet an Afghan who is willing to give up,” he says.
Khogyani is also proud of his adopted home. He says he will donate half of the proceeds he earns from the sale of his photographs this year to charities that benefit refugees.
“The United States is the land of opportunity, “he says. “If you are willing to work hard no one is going to stop you from having what you want to achieve.”
It may sound like a platitude, but history backs him up. Immigrants have built the US into one of the most powerful nations in the world. They work hard at jobs that many others refuse to do, and they don’t take for granted many of our freedoms.
Immigrants are nearly twice as likely to start businesses as native-born Americans. Companies such as Apple, Google and Amazon were founded by immigrants, or their children.
Many Afghan kids are now making the same journey Khogyani made more than 40 years ago.
About 50,000 Afghan evacuees remain on eight military bases across the country, but many of the younger Afghans are now being enrolled in public schools in places as diverse as Texas, Virginia and California. Their families are taking the same journey that waves of immigrants did before then.
They, like Khogyani, will become Americans.

His gift to them: hope

Bob Miller, a United Airline pilot and friend, says Khogyani is the “preeminent example of the American dream.”
Miller is optimistic about the Afghan refugees’ futures in the US, in part because of Khogyani’s journey.
“It really is the beginning for those Afghan refugees,” Miller says. “They came to America with just the clothes on their back, but that’s not the end of it.”
Khogyani says there was one remark that kept coming up during his conversations with Afghans on the flights to America.
As the evacuees looked at Khogyani, resplendent in his United Airlines captain’s uniform, many kept evoking one word.
It was hope.
“A lot of them told me that they were proud of me,” he says, “and that I gave them hope that the future will be bright.”
It was something that only Khogyani could give because he had taken their same journey and built a prosperous new life
He never gave up. He doesn’t think they will either.