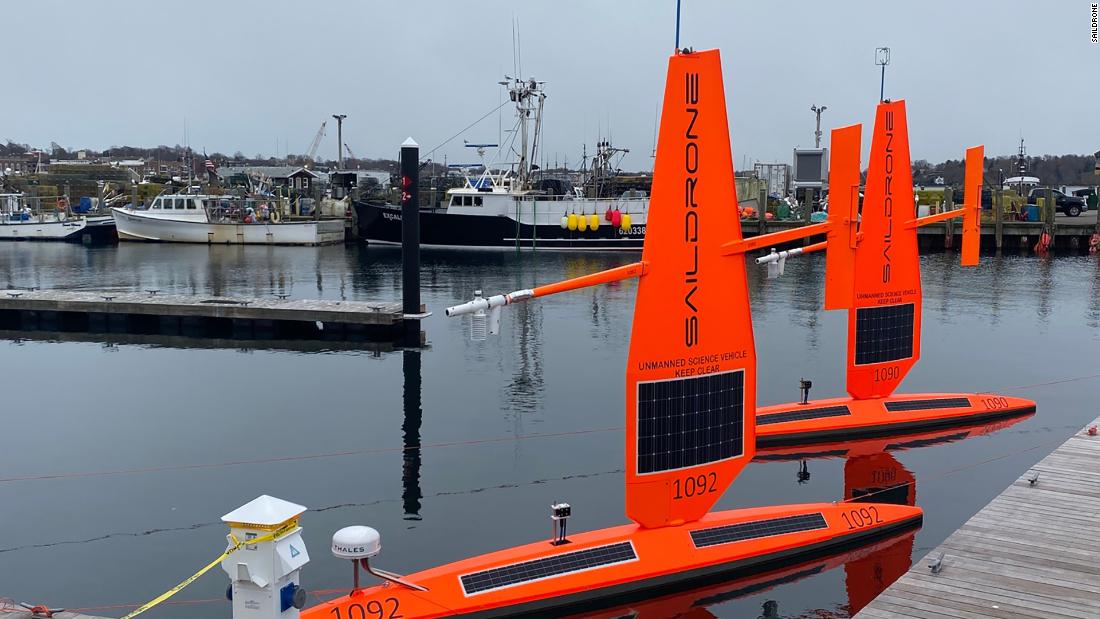 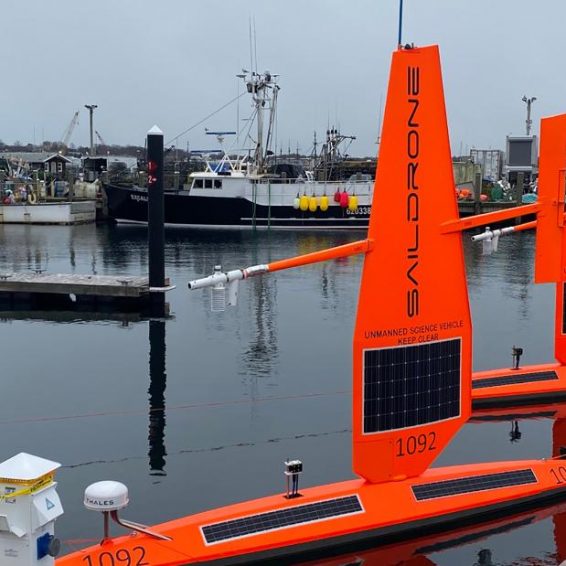 They sailed into a hurricane, now these unmanned Saildrones are seeking data on our carbon uptake

1 month ago·3 min read
ShareTweetPinShare
Home
World News
They sailed into a hurricane, now these unmanned Saildrones are seeking data on our carbon uptake
The content originally appeared on: CNN
They will be collecting data within the Gulf Stream through the winter months in hopes of learning more about carbon uptake — the process by which oceans absorb carbon.
Our Earth’s oceans are a huge absorber of carbon, and the Gulf Stream — a strong ocean current in the Atlantic — is a major player in that process.
While scientists know the Gulf Stream captures tremendous amounts of carbon from the atmosphere, the numbers have only been estimates produced by statistical methods.
A drone survives a sail into a major hurricane and “lives” to show the video
“This Saildrone mission will collect more carbon dioxide measurements in the Gulf Stream region in winter than has ever been collected in this location and time of year, said Jaime Palter, a scientist at the University of Rhode Island who is co-leading the research.
Read More
“With this data, we will sharpen our quantification of ocean carbon uptake and the processes that enable that uptake in this dynamic region.”
Scientists from the University of Rhode Island and the European Centre for Medium-Range Weather Forecasts (ECMWF), or as meteorologists like to call “the European weather model” are leading the charge in this endeavor.
At a time when our planet is so focused on mitigating climate change, not having accurate carbon measurements in the Gulf Stream have created great uncertainty in the Global Carbon Budget, released at COP26.
“There is a lot of uncertainty in ocean carbon uptake — nearly 4 billion tons of CO2 separates the average of the model-based estimates from observation-based estimates. That’s nearly as much CO2 as is emitted by the US (about 5 billion tons) each year!” said Palter. “With more in situ observations we can do better.”
These vessels are solar and wind powered, leaving no carbon footprint.
They can also handle ocean conditions that a manned ship wouldn’t be able to tolerate.
You may remember in September, the Saildrones captured the first ever video from inside a major hurricane from sea level. It braved hurricane Sam’s more than 50-foot waves and 120 mph winds.
This voyage could push the Saildrones even harder through the harsh winter months of the northern Atlantic — being tested for six months in some of the roughest ocean conditions on the planet.
This region has very little data because no one could venture out and take measurements, until now.
“The wintertime Gulf Stream is one of the most hostile ocean environments anywhere. It sees punishing winds that whip up enormous breaking waves,” said Palter.
“Showing that these vehicles can persist in taking detailed observations for the whole season while they weave back and forth across one of the the mightiest ocean currents could reveal their full potential as a workhorse for future global observing systems.”
The Gulf Stream transports 30 to 90 times as much water as all the freshwater rivers of the world combined, explains Palter.
“The Gulf Stream is special because it persists in transporting heat further poleward than its counterparts in other ocean basins. It thereby moderates the cold climates of northern Europe and has gained fame as the warm, surface branch of a system of currents that are often called the “Great Ocean Conveyor Belt,” said Palter.
“Climate models suggest that this system of currents will likely slow in response to a warming climate, with associated impacts on how much anthropogenic carbon is ultimately stored in the deep ocean.”
Palter hopes the question of whether the carbon will enter the deep circulation where it can be stored for hundreds of years or will it recirculate near the ocean’s surface will be answered, helping our immediate need for climate mitigation.
The Gulf Stream also plays a huge role in day-to-day weather.
Scientists are hoping to improve their long-range weather forecasts with this data to help with better warnings of impending storms and ultimately save lives.
“We are excited to be able to target Saildrones to collect data from this physically and scientifically challenging region to help improve our Earth system approach to forecasting,” said Philip Browne, a research scientist at ECMWF.
As these six vessels left the dock, Palter’s excitement was similar to “dropping the kids off at school on their first day,” he said.
Meanwhile scientists are holding their breath, hoping these tiny Saildrones can handle the rough conditions and feed back the valuable data the world is counting on.